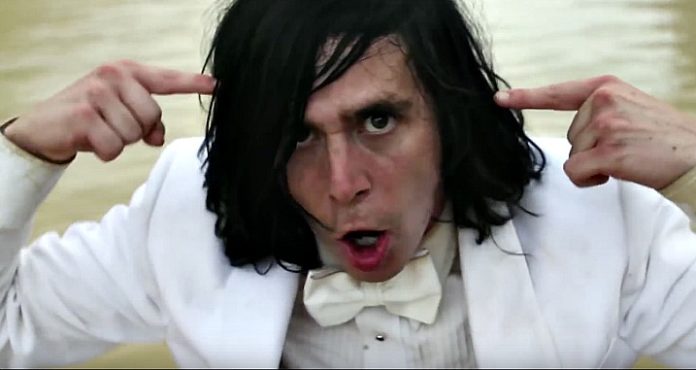 Neon pop punk isn’t just a genre—it’s a way of life. Here are some of the heaviest—and, therefore, best—songs of the bunch that remain as crazy and catchy as when they first came out.

Even though 3OH!3 just released their fourth album, Night Sports, in May, their first full-length WANT will live on as peak neon pop-punk weirdness.

“Whoa Oh! (Me Vs. Everyone)” – Forever The Sickest Kids

Forever The Sickest Kids came onto the scene swingin’ and produced some of their best songs on their debut, Underdog Alma Mater.

Let’s be real: We couldn’t make this list without mentioning Metro Station. Even though this isn’t “Shake It” (equally necessary to neon pop punk’s rise to power), the chorus of “Control” is the perfect thing to scream along to while speeding along country highways at midnight. Or, y’know, in your bedroom alone. We won’t judge.

Another member of the valiant “We Have Long Song Titles Just To Be Contrary” squad, Cobra Starship rocked the scene with “Bring It (Snakes On A Plane).” However, that same LP (While The City Sleeps, We Rule The Streets) also boasted a bunch of neon pop punk classics.

The Secret Handshake was another important pillar in the neon pop punk community and this upbeat track will have you bopping (or thrashing) your head with every beat.

The first few notes of this song are the ultimate rallying cry for a pit at Warped Tour, and Breathe Carolina still take full advantage of that. Put your middle finger in the air and punch some of your friends with this as a soundtrack.

Even though Cassadee Pope has moved on to become a pop-country superstar, her early work in Hey Monday is the best dose of nostalgia.

Even though the White Tie Affair only released one album (Walk This Way), it’s all worth it for this song.

Eleventyseven were another electro-rock-pop band to infiltrate the scene in the late 2000s. With this “be yourself” anthem, you get a catchy chorus and a feel-good message.

Honestly, this entire list could be just Family Force 5 songs. From the erratic “Love Addict” to electric “BZRK,” the boys from the “dirty, dirty South” excel at creating the strangest combinations of pop and heavy. “Cray Button” just wins out because…well, just watch the music video.