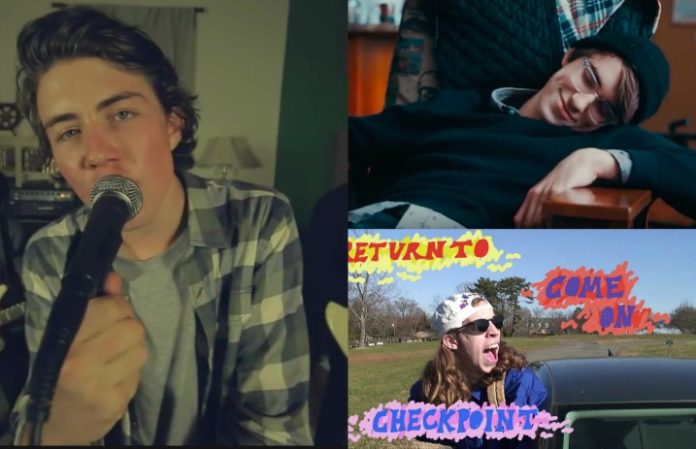 Hippocampus manage to make a snowy day sunny with their newest single and video for “way it goes,” from their forthcoming debut album, landmark.

Figure Eight’s perfect blend of emo and punk is representative on “Clean,” another single from their EP Forever, set to release on Feb. 10.

Strengthen What Remains – “Liberation Of The Spirit”

We got you too, hardcore fans. Florida’s Strengthen What Remains dropped a heavy new track called “Liberation Of The Spirit”—a taste of their three song promo release coming next Friday, Jan. 27.

Cincinnati-based Lincoln is an alt-rock singer you need to hear. Only his second release, the new track “Banks” spotlights an affinity for rich vocals and catchy choruses with a slight SWMRS-meets-the Front Bottoms feel to it all.

Gearing up for a tour with Modern Baseball, the Obsessives have a bright song to brighten your weekend. “Surfer Rosa” is likened to emo-indie-pop and comes accompanied by a super fun video that, like the lyrics say, will make you feel like a child. The Obsessives—aka Nick Bairatchnyi and Jackson Mansfield—have their self-titled debut album dropping March 17.

An emotional moment from emo/pop-punk band Bearings, “North Hansen” was written about the passing of singer Doug Cousins’ father. Hailing from Canada, the video for the pristine track was shot by Rise Records band Rarity’s Loeden Learn.

Singer/songwriter Jonny Mays is anything but stagnant on this track from the newly announced LP under his solo moniker WATERMEDOWN. Signed to Equal Vision Records, WATERMEDOWN pairs translucent vocals and loose instrumentation on “Stagnant,” creating an easy-listening song made for a Sunday afternoon. His new LP, The Same View With A New Light, is due out Feb. 3.

As Lions—one of AP Recommends for issue 343—released their debut album last Friday, Jan. 20. Earlier in the week, they dropped a lyric video for “Bury My Dead,” a powerful exerpt from the album that features the band’s hard rock mentalities.

Featuring Warped Tour favorite Beebs from Beebs And Her Monkey Makers, “Surf Ghetto” is an easy-going track from b.LaY’s new EP Just Getting Started. Even in the midst of January, “Surf Ghetto” will give you a much needed dose of summer.

The Artificials – “In The Hollow”

Containing former ERRA member Alan Rigdon and his wife Sara, the Artificials signed to Tragic Hero Records this week and revealed the new track “In The Hollow,” which features vocals from original ERRA singer Garrison Lee. Four minutes of controlled chaos, “In The Hollow” contrasts mostly unclean vocals with some clean vocals from Sara.