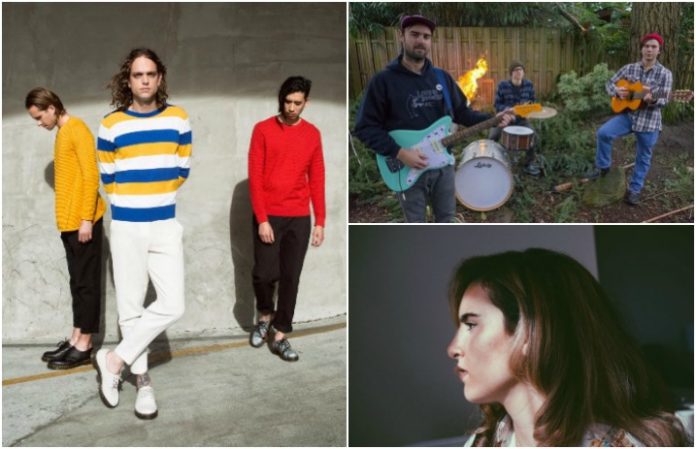 Futuristic art-poppers Sir Sly returned this week with the addicting track, “High.” Their debut album, You Haunt Me, released back in 2014.

The Everyday Anthem – “Wish You Well”

A pop-rock band from Atlanta, the Everyday Anthem released their debut album, Nobodies, yesterday, March 24. It was produced by All Time Low’s Rian Dawson.

Beneath The Waves – “Close Your Eyes”

“Close Your Eyes” is from Beneath The Waves' Count To Three! EP, which drops May 12.

“Always leaving” is the title track from Walter Etc.’s latest EP. The band are gearing up for a U.S. tour with Sorority Noise and the Obsessives.

The King’s Parade intertwine alternative and soul on this new single, called “Haze.” It’s first taste of new music from the London band since their debut album Vagabond.

tamtam is a Saudi Arabian artist who moved to LA to pursue her dream in music. Her newest single, taken from her debut album, calls out the hypocrisy of social media.

Seasaw are a Madison, Wisconsin duo who released their second album last summer. They injected new life in Weezer’s classic track from The Blue Album with this cover.

Vanbot is an atmospheric electronic pop artist from Sweden, who is releasing her new record, Siberia, April 7. It was recorded entirely in motion, on the Trans-Siberian Railway.

Jump For The Sails – “X Marks The Spot”

”X Marks The Spot” is the lead single from Jump For The Sail’s new album, Astoria. The pop-punk trio hail from Astoria, Queens in New York.

Back Garden Light – “I Want You Back” (Jackson 5 cover)

French easycore band Back Garden Light put a new spin on the Jackson 5’s “I Want You Back.” It’s still catchy-as-hell—with just a few breakdowns.

Indie-punk quartet Secret Science have a new song from their forthcoming self-titled debut full length, which releases at the end of this month.