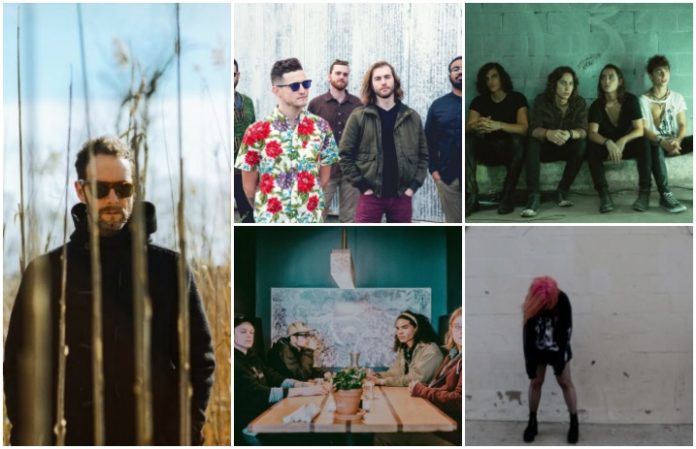 Greta Van Fleet signed a deal with Lava/Republic Records this week and unveiled the new song, “Highway Tune.” Their first major label EP, Black Smoke Rising, releases April 21. Check them out with the Struts this May.

”MeMORANDUM” comes from gP.’s new EP Destroy, So As To Build, out April 28. The band just finished supporting Avion Roe and It Lives It Breathes and have some dates lined up with Hail The Sun.

The Delta Saints – “Are You”

The Delta Saints premiered a new song from their new Monte Vista, which is out April 28. They’re getting ready to embark on a string of East Coast dates, starting late April and running through to mid-May.

Infinite Me are participating in a Blood & Ink Records split with Household. Part of their contribution, “Follow You,” debuted this week. The split releases May 5.

“Euphoria” is the third single from Shiny Wet Machine’s forthcoming Lights Out EP, which is out April 25 via Diet Punk Records.

”Dear Me” is the debut single from Lafayette, LA band 5 Year Plan, who are opening up for Broadside on May 20 and will embark on a tour of their own this summer with Gold Steps.

Singer/songwriter Monogem released her indie-pop jam “Wild,” which has a video that stars Coco Arquette, who is the daughter of Courtney Cox & David Arquette, and Matthew RC Taylor.

“Wash” is another new track from Swordfish’s forthcoming new album Rodia, which is out May 5 via Take This To Heart Records. You can pre-order the new record here.

”Soul Catcher” opens the Artificials’ new album, Heart, which released this past Friday. The band is a new project from former ERRA guitarist Alan Rigdon.

Nightlands contain Dave Hartley, who is the longtime bassist and core member of the War On Drugs. “Fear Of Flying” comes from a batch of three new songs from his forthcoming new album, I Can Feel The Night Around Me.