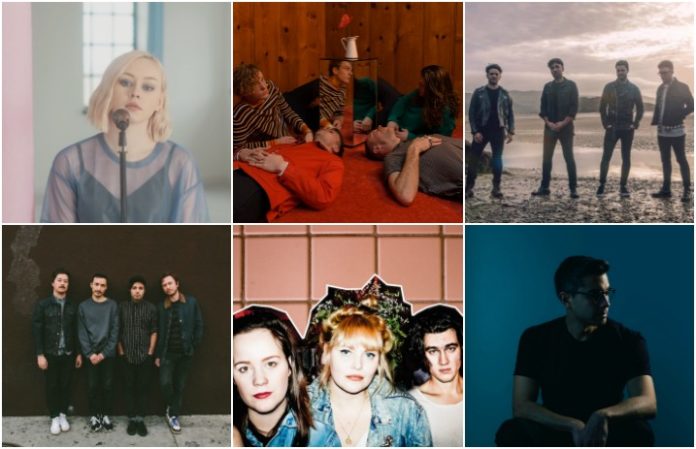 COIN released track one from their forthcoming album, How Will You Know If You Never Try, which releases April 21.

Welsh alt-rockers debuted the track “Dark Blue” this week, which is taken from their forthcoming EP of the same name.

Death Cab For A Cutie’s Dave Depper released “Communication,” which he started writing after the death of Prince. His debut album, Emotional Freedom Technique, is out June 9.

ForeverandNever are a rock band from Mississippi who relocated to Nashville to pursue their career. “Promises” follows up their All We Know EP from 2016.

“Goodbye For Now” is the lead single from the Expendables’ forthcoming EP, Moment, which releases May 5.

So Many Wizards – “Before She Runs”

So Many Wizards are a dreamy-pop, punky quartet who debuted their track, “Before She Runs,” this week. It comes from their forthcoming album, Heavy Vision.

Progressive indie rock band Molehill released the song “Reverie” this week, which dictates the hurt of losing something while being grateful for the impact they had on your life. The upcoming EP, Hearts On Fire, releases May 12.