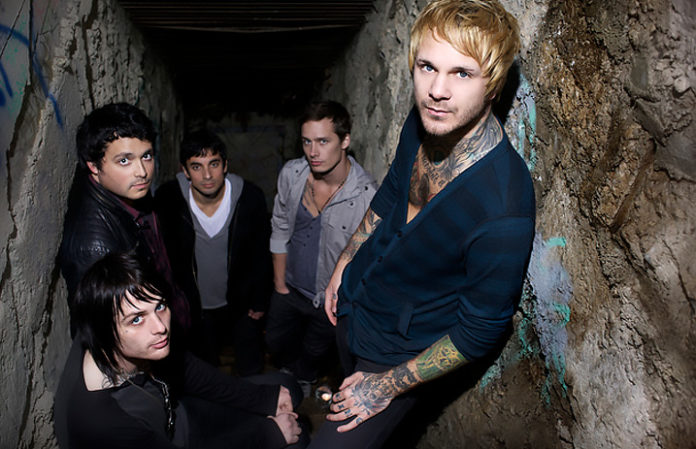 Famous director David Lynch once said, “Negativity is the enemy of creativity.” If that’s the case, then as a musician you have to be pretty positive to start not only one band, but others simultaneously. Sometimes these bands bring together other notable artists to form a “supergroup.” These side projects are new avenues for artists to explore foreign territory, maintaining that never-ending well of creative flow in refreshing, and sometimes different, sonic streams. Here is a list of 10 of the most dynamic side projects.

A punk-rock supergroup of epic proportions, the Falcon is made up of Dan Andriano (Alkaline Trio), Dave Hause (the Loved Ones), Brendan Kelly and Neil Henessy (the Lawrence Arms). Their rad new album, Gather Up The Chaps, comes out in mid-March via Red Scare Industries. They bring a flurry of sounds and speeds, blending frantic punk rock with bluesy country and folk.

During the near decade when punk-rock legends Good Riddance were on hiatus, lead singer Russ Rankin got restless and formed another group made up of Bill Stevenson (the Descendents), Aaron Dalbec (Bane), Dan Kelly (the Fisk) and Matt Hoffman (Modern Life Is War). A little heavier than Rankin’s main squeeze, Only Crime dropped their third release, Virulence in 2014—apparently, they’re working on the follow up.

Destroy Rebuild Until God Shows (D.R.U.G.S.) came together in 2010 after lead singer Craig Owens left Chiodos. He brought in the talent of Aaron Stern (Matchbook Romance), Nick Martin (Underminded), Matt Good (From First To Last) and Adam Russell (Story Of The Year) to create post-hardcore magic with their last self-titled release in 2011. The last news we heard of D.R.U.G.S. is that they broke up, but we hope they find time to connect again in the near future.

What started a push back against any creative expectations, Mariachi El Bronx is one of most surprising creative endeavors out there. An un-ironic take on traditional Mariachi music, hardcore band the Bronx started Mariachi El Bronx in 2009 as an experiment of sorts. But after three quality albums (the most recent in 2014), the “side project” has taken a whole new life and energy of its own.

What could be the ultimate and most puzzling of supergroups, Gorillaz takes elements like animated characters, hip hop, electronica, rock ’n’ roll and surreal imagery and makes something cohesive and delightful. Lead by Damon Albarn (Blur), the virtual band is completed by an impressive group of musicians including Mick Jones and Paul Simonon (the Clash), Cass Browne (the Senseless Things) and Jeff Wooton. It was recently announced we can expect a new release from the band this year. Get excited.

While he slays stage and audiences with his main band, Defeater, singer Derek Archambault picks up a guitar and plays alt-country songs with his wife and others under the moniker Alcoa. Wanting to do something different, Archambault started Alcoa 10 years ago and since then, the band has grown into something bigger than originally intended. They released their debut, Bone & Marrow, in 2013. Hopefully it’s not their last.

While many of us wait patiently for a new National album (Trouble Will Find Me was brilliant), our needs have been satiated by lead singer Matt Berninger’s new band, EL VY. Made up of just Berninger and Brent Knopf (Menomena), 2015’s Return to the Moon takes Berninger’s brooding baritone and pushes it up up a few beats, incorporating pop, soul and even a bit of jazz, all led by those gorgeous melodies we love from the frontman.

One day, in 2009, the stars aligned and the schedules of Joe Trohman and Andy Hurley (Fall Out Boy), Scott Ian and Rob Caggiano (Anthrax), and Keith Buckley and Josh Newton (Every Time I Die) came together to form the Damned Things—a supergroup of most metal fans’ dreams. We haven’t heard much new from them lately so let’s hope that changes in the new year.

In the rainy streets of Seattle, Jordan Billie and Cody Votolato (Blood Brothers) brought in Nick Zinner (Yeah Yeah Yeahs) and Justin Pearson and Gabe Serbian (the Locust and Holy Molar) to form Head Wound City. Sporadic, thrashy and frantic, the noisegrind supergroup puts on a great live show, so try to catch them if they come to your city.

Gothic aesthetic and synthy electronic music aren’t usually two things you find together, but in Blaqk Audio, it definitely works. Made up of Davey Havok and Jade Puget (AFI), Blaqk Audio dropped their debut CexCells in 2007 to widespread acclaim. A huge departure from the punk and modern rock sounds of AFI, Blaqk Audio delivers Havok’s signature vocals in a format that took everyone by pleasant surprise. Expect a new album from them soon.