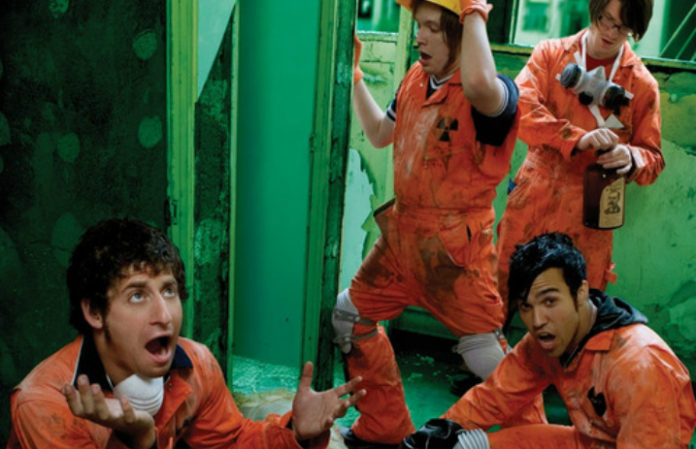 Lords of rock ’n’ roll Fall Out Boy have had an incredible run over the past 15 years of their musical career. So far they have released six studio albums, won four MTV Video Music Awards and a People’s Choice Award, and have stuck to their roots while harboring a dedicated fan base. But there’s one more unexpected thing that FOB dominates: striking a pose. The Chicago-based band has never failed to impress with their numerous quirky photo shoots. Who could forget such classic images like:

This epic lightsaber Star Wars tribute? (The Force must be strong with these ones.)

This dramatic sprint away from a non-moving jet?

This topsy-turvy Thanksgiving dinner? (Patrick, do you need a fork?)

This tuned-in TV-head shot? (The Teletubbies did it first, guys!)

And finally, this… uh… whatever this is???