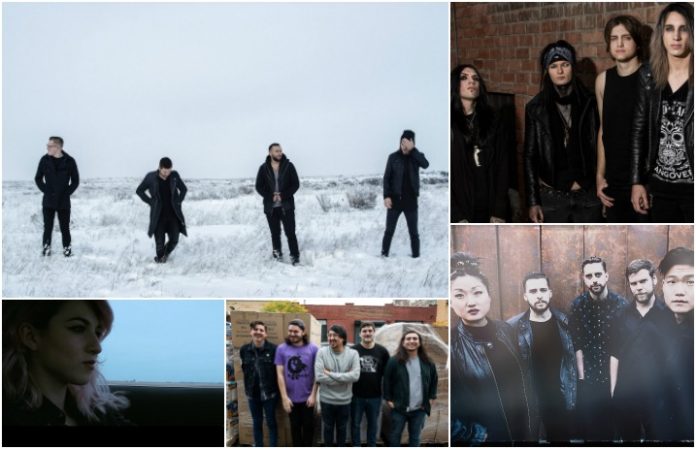 Read more: 11 songs you need to hear this week

”Hope Spot” is a new track from Free Throw’s forthcoming Triple Crown Records debut, Bear Your Mind, out May 26

Co-written by producer John Feldmann, “Dreamcatcher” is the newest track from Night Argent. The band’s sophomore EP, The Fear, will release July 14 and was written/produced by Chase Manhattan and co-written/produced in part by Feldmann.

”No Trouble” is from Ashland’s forthcoming new album, Wildfire, out June 30 via InVogue Records.

Mixed and mastered by Citizen’s Mat Kerekes, Different Houses is the two-song cassette release from wore, a emo-punk band from Connecticut. It features “Bleached.”

Skies Collide are a new group out of Australia. They just debuted their new single, “Come Alive.”

MC Astronautalis gave a shout out to PUP this week, covering their track “DVP” at SideOneDummy’s offices.

OWEL – “Too Young To Fall In Love”

Least Of These – “Cadence”

Post-hardcore band Least Of These will released the Wolves EP on May 19. AP premiered the title track, and, now, here’s “Cadence.”