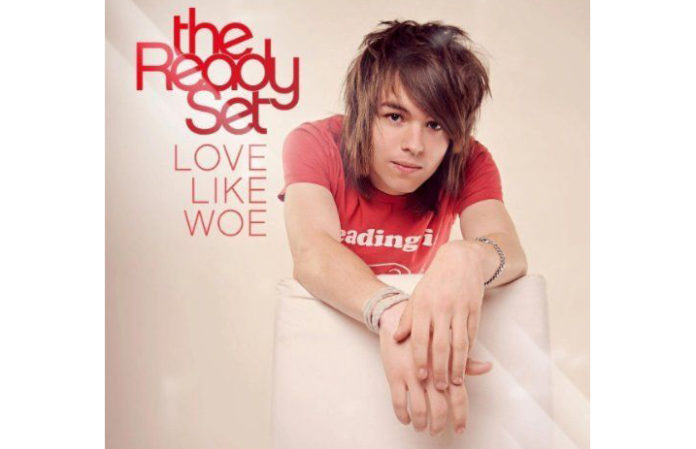 Ah, 2010. A simpler time. The era of neon pop-punk was cresting to its eventual close; Cobra Starship’s “Good Girls Go Bad,” All Time Low’s “Weightless” and 3OH!3’s “Don’t Trust Me” had already happened.

With any luck, six years is a tiny portion of your life, but we scouted for some of the most obscure moments and mementos that make it feel like a hundred years ago. How many of these do you remember?

The Warped scene had dibs on the Ready Set for all of five minutes (remember that Christmas track with Never Shout Never?) before pop anthem “Love Like Woe” hit the mainstream with all the force of a bullet train. Who could resist?

Paramore are no stranger to lineup changes anymore, but Josh and Zac Farro, former guitarist and drummer (respectively), shook up the scene when they left the band while just coming off the success of their third full-length. Funnily enough, we’re now amid rumors that Zac may return to his rightful drumming spot…

Destroy Rebuild Until God Shows was a cruel, cruel teaser. Fresh out of Chiodos, Craig Owens forged a supergroup with members from Matchbook Romance, From First To Last, Story Of The Year and Underminded to drop one single, solitary record in 2011 that’s still highly regarded. But before that, they came out swinging in 2010 with their first single, “If You Think This Song Is About You, It Probably Is.”

Like onions and ogres, this meme has a lot of layers. In 2010, an 11-year-old Jessi Slaughter (not her real name, obviously) falsely claimed to be in a sexual relationship with a member of Blood On The Dance Floor, after which the Internet went ham on her. Terrible cyberbullying aside, the response from Slaughter’s father in a subsequent livestream became multiple memes of epic proportions; i.e. “YA DUN GOOFED” and “Consequences will never be the same!” If you’re interested in where she is now, Buzzfeed followed up on the whole story back in March.

What even? In December 2010, All Time Low guitarist Jack Barakat, then 22, went public with his relationship with Playboy Bunny Holly Madison, who was 30 at the time. The Girls Next Door, an E! reality series about the ladies of the Playboy mansion, had just wrapped, making this romance even more high-profile.

Let’s actually talk about the entire 2010 AP Tour lineup: Never Shout Never, Hey Monday, the Cab, the Summer Set and Every Avenue. Nostalgia just hit you like a freight train, right? Never Shout Never was touring their very first full-length at the time, featuring such early 2010s fare as “Can’t Stand It” and “I Love You 5.”

Man, this compilation was the best. The wonderful people at Take Action handed out this gem for free at the 2010 Warped Tour, but they could’ve charged a bundle for the big names on this one. Personal favorites include We The Kings’ cover of Jimmy Eat World’s “The Middle,” Anarbor’s “Passion For Publication (Acoustic),” the Dangerous Summer’s “Surfaced (Acoustic),” and the Tek-One remix of Bring Me The Horizon’s “Sleep With One Eye Open.” Can’t say this one didn’t have variety.

8. IT GETS BETTER MOVEMENT

As the rate of LGBTQ+ teen suicides began to draw public attention in 2010, author Dan Savage began the “It Gets Better” campaign to tell young LGBTQ+ people that things wouldn’t always be so bad. The movement gained unprecedented popularity and the campaign, as well as the slogan itself, are still well-recognized today.

A Rocket To The Moon’s first full-length On Your Side dropped in late 2009, but the video for lead single “Like We Used To” rose to prominence in mid-2010. Such pure, innocent romanti-pop. Only three years later, the band announced their end, because nothing gold ever stays.

10. THE DREADED FALL OUT BOY HIATUS

2010 marked the beginning of a dry spell for one of the biggest bands in the scene. After playing a “final” show in late 2009, the Fall Out Boy members went their separate ways. Pete Wentz formed Black Cards with Bebe Rexha, and Patrick Stump got to work on a solo record. The future looked grim for FOB, but we would say that things definitely turned out alright.