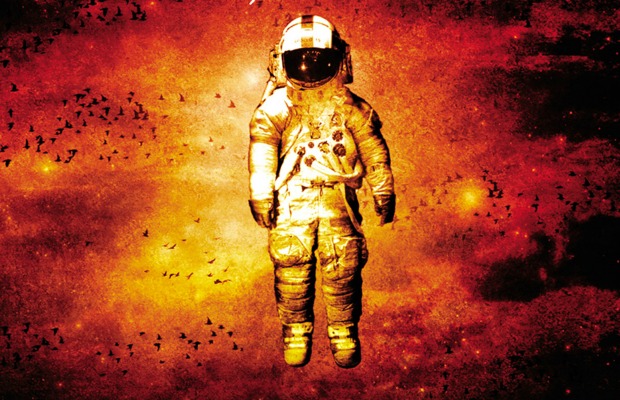 On April 18, legions of dedicated vinyl record fans (as well as scummy eBay flippers who hate music and at least one lonely AP editor) will queue up in front of their favorite music stores for the eighth annual RECORD STORE DAY. This year’s list of special releases is just short of 600 titles, from the seemingly sacred to the positively inane. Whether you are a novice collector or a voracious junkie mad for the stuff, there’s always something being issued on RSD that will make your ear canals smile. Here are some artifacts for consideration on your want list.

If you’re a massive fan of this British contingent’s atmospheric guitar pop, start saving your money now. Interscope will be reissuing (count ’em) the four separate 12-inch, clear vinyl EPs—Music For Cars, Sex, Facedown and IV—for those fans that couldn’t get enough of the band during their U.S. tour last winter. What, you can only afford one? Tough call: If you’re going to do anything you might as well just get the Sex EP…

AT THE GATES, Gardens Of Grief EP

You could easily spend all of Record Store Day debating how the 1991 debut EP from Swedish melodeath pioneers At The Gates has aged. Regardless of what side you stand on, the record is a crucial snapshot of a band who would go on to become fucking legends in the metal community. All those metalcore bands you love? Theoretically, this sludgy, four-song release is the primordial ooze from which they all crawled out from under. Betta recognize.

The much-missed metalcore merchants have returned with their first new music in five years. Check out the video for “So Others May Live,” and pony up for this taster for the band’s new album, slated for summer release. Oh, and it comes with a download card so your computer may sweat, as well…

Be the first on your block to get this, because who knows how long they’ll last. The second album from the Long Island lords gets the reissue treatment across two slabs of vinyl, along with such other ancillary gear as a lyric book, sticker sheet, embroidered patch and a download card. Diehard BN fans will inevitably figure out how to buy two copies, so they can actually use the sticker sheet and the patch, while keeping a complete set for their collection. Don’t let anyone tell you record collecting isn’t brutal, frenz…

Mikey Way and Dave Debiak (New London Fire) have intermittently fed your hard drive with digital tracks over the past year. Now they’re going to give some love to your turntable with this four-song (“Right There,” “I Lied,” “Hail The Saints,” “If Heaven Will Have Me”) 10-inch EP that further explores their love of electronics, lush melodies and chilling sentiment.

EVERY TIME I DIE, Salem EP

Buffalo, New York’s hellraisers par excellence get a four-track seven-inch with unreleased tracks from their Kurt Ballou-produced opus From Parts Unknown and a cover of Nirvana’s “Tourettes.” It’s so heavy, you might have to install a feckin’ hydraulic winch to lift the damn thing into your car.

It's a Garden (State) party on this split seven-inch split two of Jersey’s current faves, the Front Bottoms and GDP. It seems folk punk and underground rap can mix on this release (a joint release between Bar None records and the Run For Cover label), which will feature two new tracks from each act. This is the Front Bottoms' first original material since 2013's weirdo-tastic Twin Peaks homage Talon Of The Hawk. With upstarts GDP splitting the bill, expect more strange magic.

Chicago’s pop-punk princes have their four-song acoustic EP—featuring “Summer,” “I Don’t Love You Anymore,” “Late Nights In My Car” and a cover of the Starting Line’s “Island”—pressed up as a sweet picture disc with a steampunk image of iron birds and an antique lamp. Totally suitable for framing and listening.

TWENTY ONE PILOTS, The LC LP

Three tracks does not an LP make. But this sweet, red vinyl slab shaped like the state of Ohio features live versions of three tracks (“Ode To Sleep,” “Forest” and a rarity from their self-released self-titled debut album, “Fall Away”) recorded during Tyler Joseph and Josh Dun’s triumphant two-night stand at Columbus’ LC Pavillion in 2013. Think of it as an appetizer to whet your palate for their impending full-length, Blurryface.

Warner Bros. gathers a selection of non-LP B-sides from the band’s tenure on the label so diehard Used enthusiasts may rock out. You know you can’t live without sweet versions of “Slit Your Own Throat” and “My Pesticide,” so don’t sleep on this rec the way all our friends did when it came time to get that Deftones covers LP from RSD 2011.