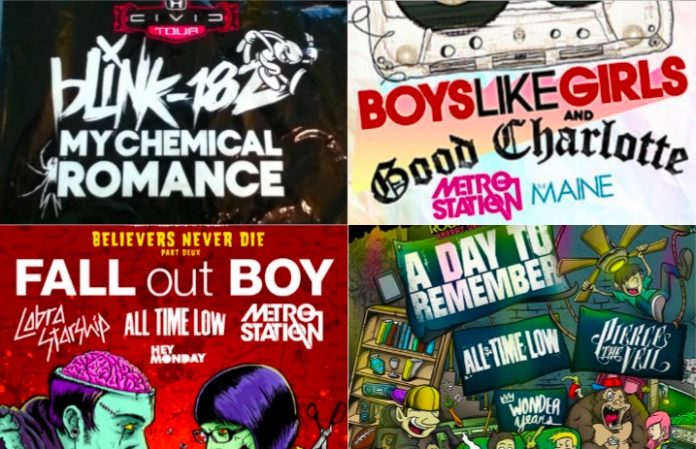 There's nothing quite like seeing your favorite band live. No matter how many times a band performs a show, each will be different from the one before it. If any of the following tours were re-created, they certainly wouldn’t be the same as they were when they originally took place. But they would be re-birthed with equal amounts of revitalization and nostalgia. Take a look at our list below and let us know which tours you’d like to see be given another go-around.

Lineup: Set Your Goals, Comeback Kid, Title Fight, the Wonder Years, This time Next Year, Smartbomb, Make Do And Mend, Murdock, the Story So Far

Bring Me The Horizon headliner:

Lineup: Drop Dead, Gorgeous (playing In, Vogue in full), From First To Last, Attila, Sleeping With Sirens, Abandon All Ships, For All Those Sleeping, Woe, Is Me, Scarlett O’ Hara

Soundtrack Of Your Summer Tour:

Lineup: A Day To Remember, Pierce The Veil, All Time Low, The Wonder Years