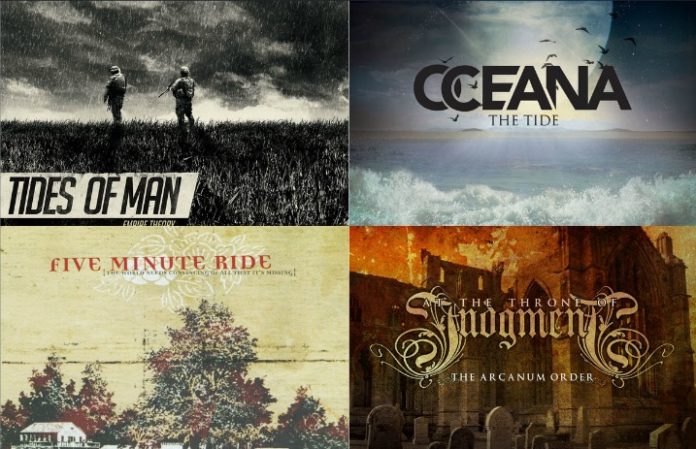 It's no secret that Rise Records has become one of the most reputable labels for heavy music over the course of its 20-plus-year existence. Having served as the home for acts such as the Devil Wears Prada, Silverstein and Dance Gavin Dance (just to name a measly fraction of their ever-evolving roster), the Oregon-based label has seen success year after year with lauded releases aplenty.

Despite Rise's many triumphs since 1991, the label has also put out several albums that maybe didn't quite catch on and (or went entirely unnoticed) for one reason or another. We've compiled a list of what we feel are some of Rise's best releases that didn't receive the appreciation they deserve.

The four-track EP that started it all, catalog number RISE001. Up To Here's Machine is a quick, thrashy punk romp with hints of what has to be an influence from metal bands such as Metallica and Anthrax. Good luck finding an original pressing of the seven-inch. —Brian Leak

Before Kurt Travis sang in Dance Gavin Dance and A Lot Like Birds, he served as vocalist for Five Minute Ride, a post-hardcore band from Sacramento, California. They released their first EP, Bathroom Walls… Lipstick Secrets, in 2004, and the following year, made their Rise Records debut with The World Needs Convincing Of All That It's Missing. The effort is a youthful, aggressive ode to post-hardcore’s surge throughout the ‘00s. —Tyler Sharp

Decoder's sole release—their 2011 self-titled debut—is one of the strongest inaugural efforts of any “scene” band in the past decade. Although peddling a sound that could be considered heavily borrowed from the likes of As Cities Burn and Underoath (who pioneered the sound much earlier), Decoder offered an impressively intriguing and polished take on the formula. Later changing their name to Lead Hands before disbanding entirely, the Florida outfit made their mark with a near-faultless release that sadly went unnoticed by many. Spencer Pearson's angelic cleans are reason enough to revisit Decoder five years later. —Brian Leak

Before Polyenso existed, the members operated as Oceana and were signed to Rise Records. They released two full-lengths under that moniker: The Tide and Birth.Eater. The Tide takes post-hardcore’s beloved melody-accessibility factor and tosses it into an unabashed blender of heavy elements. (In a perfect world, the snare drum sound from Tide would also be on Birth.Eater, but both records remain highly recommended.) —Tyler Sharp

Much like Decoder, Ohio metal act At The Throne Of Judgment applied their excellently wicked moniker to just one full-length release. Luckily, 2007's The Arcanum Order was near the top of the metal class that particular year. Chock full of riffy guitar work, gnarly growls and a touch of groove, ATTOJ set the stage with 12 tracks of memorable metal in the vein of With Passion, Knights Of The Abyss and Through The Eyes Of The Dead. The best part? It still holds up. —Brian Leak