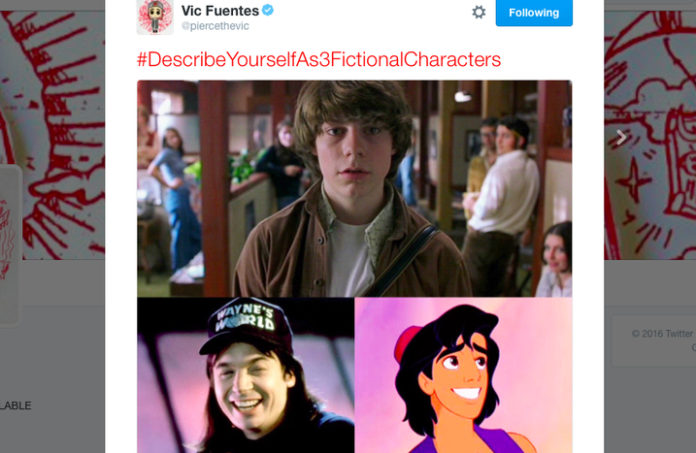 Another hysterical meme trend taking the internet by storm, Twitter and Instagram users are posting collages of three fictional characters that describe themselves—and the best part is some of our favorite musicians have joined in on the fun. See what combination of fictional characters Gerard Way, Caleb Shomo, Vic Fuentes, Chad Gilbert and more see themselves as below!

5. The Orphan The Poet