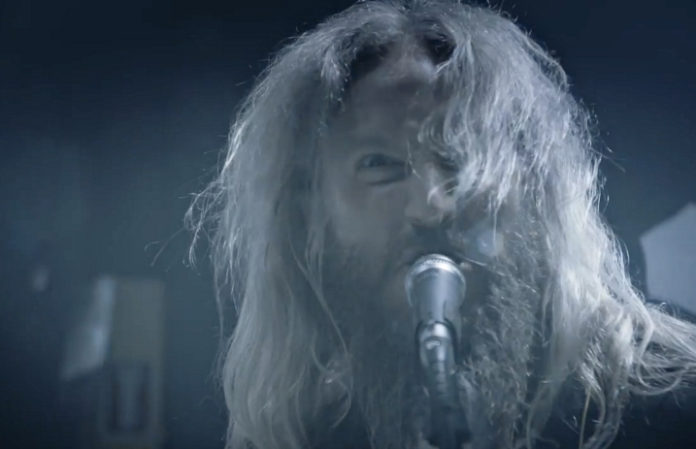 Choruses. You hear a lot about them in pop music and ever more radio-oriented rock, but what about metal? Here are 11 bands that bring forth the catchiness, be it through a traditional chorus or in their own unique way!

Through the mighty power invested in Soilwork frontman Björn “Speed” Strid, and the musicality of Allegaeon, comes seven minutes of progressive metal with a chorus that just won’t quit. Who says technicality and shreddiness can’t double as a bit of an anthem?

Whores.’ first two EPs received a lot of attention, and now with the band’s first full-length, it’s easy to see why: Whores. are catchy. Between the bookends of instrumental distortion and angry vocal delivery lies a trio that are  clearly capable of knocking out a chorus you’ll be humming all day.

Caricature are a band that don’t get enough credit. Frontman Joseph Spiller (ex-System Divide, etc.) brings the black-metal screams and death-metal lows, but when it’s time for a chorus, the man is in his element. If Caricature’s The Sound Of One Man’s World Collapsing hasn’t properly blown you away just yet, you’re missing out.

Mastodon’s later era has been significantly rock-influenced, but even as far back as Blood Mountain, the band have been ripping out some seriously infectious choruses. Whether you’re a fan of 2014’s Once More ‘Round The Sun or not, you’ve got to admit that the choruses on that album are just insane.

Mantar are only two albums deep into their career and have proven fairly averse to clean vocals. That being said, their chanted choruses and general plodding nature lend themselves to the singability of any given song. “Era Borealis” is a perfect example of the aforementioned description.

Necromancing The Stone – “The Siren’s Call”

If you haven’t heard of Necromancing The Stone just yet, it’s cool—the group just put out their debut last month. If you’re a fan of King Diamond-esque choruses that straddle the line between first-pumping sing-alongs and strident pop sensibilities, then you’re going to love this.

Ne Obliviscaris fall under the same umbrella alongside Allegaeon overblown, progressive metal that’ll make any musician feel at least a little silly, yet with bits that just won’t get out of your head. The clean, chorus-type sections in “Triptych Lux” have basically been stuck in my head for two years now, and show no signs of leaving.

Arguing over the metal credentials of Ghost seems to be a new metal-fan pastime, but it’s pretty much inarguable that outfit can write one hell of a chorus. Over the course of three albums, Ghost have managed to pen more earworms than most bands in their entire careers, and with the addition of “Square Hammer,” that’s a streak Ghost clearly don’t intend to break.

Melodic death metal lends itself a little bit to having catchy choruses, but I’m near positive every single Insomnium track ever written has a great hook in it somewhere. The Finnish outfit’s ability to write a great chorus lies in their ability to pull you in  with clean vocal melodies, or sting you with a guitar line in the chorus that simply won’t leave you.

Cynic wrote the book on modern, spacey, progressive metal. Page one of that book really ought to read “Choruses: LEARN THEM.” Cynic’s songwriting power is manifested by verses and sections that dance around a hook, and when it finally hits it’s just pure, proggy bliss every single time.

If you name pretty much any song to a Metallica fan, I guarantee they’ll sing the hook back to you. Metallica’s music is furious, fairly radio friendly, well-written and above all, it’s ridiculously catchy. Though when you’re pretty much inventing and popularizing a genre, you had better do it right.