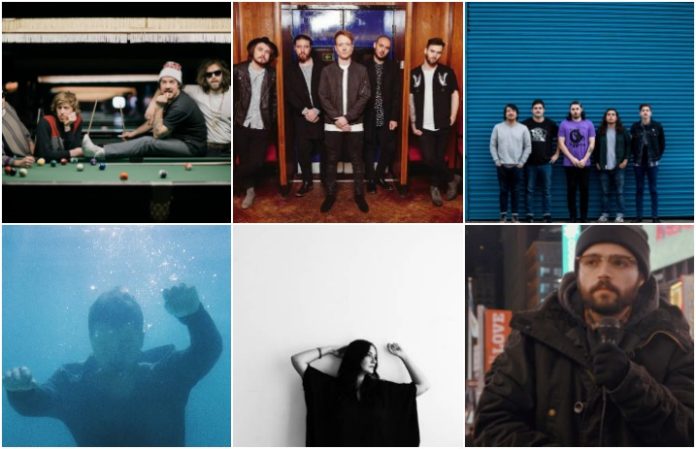 The Australians in San Cisco released their new album, The Water, yesterday. “SloMo” was the first taste of the record.

”Better Have Burn Heal” is the second track from Free Throw’s forthcoming Triple Crown Records debut, Bear Your Mind, out May 26.

Mallory Knox stripped down five songs from their most recent album, Wired, and released the acoustic versions in an EP, called Unwired, on Friday.

From Dryjacket’s most recent record For Posterity, “Patron Without Funds” received a new video this week.

Britain’s VANT are gearing up for their first date in the U.S. at Governor’s Ball in NYC. “PEACE & LOVE” comes from their newest album, DUMB LOVE.

Coming with a video directed by Zak Pinchin, “Abyss” is the second single from French band Resolve.

Them Evils – “She Got Nothin’”

Them Evils are finishing up their second tour with the Pretty Reckless, and “She Got Nothin’” is their first taste of new music in 2017.

“777” comes from New Swears’ sophomore record, and the Magic of Horse, which releases June 23 via Dine Alone.

Vespera, which include ex-Slaves’ Jonathan Wolfe, debuted a new video for their single, “Bloom,” this week.