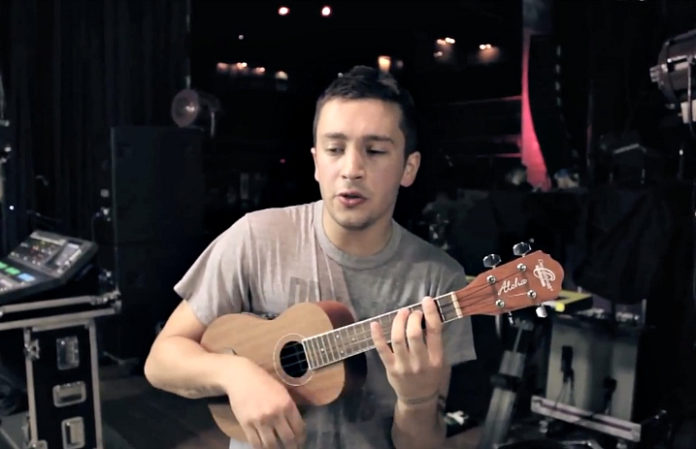 If a band includes a ukulele in their music, it’s always got a feel-good vibe. It doesn’t even matter what kind of song they’re writing or what genre they’re going for. Even if the lyrics are depressing as hell, it’s got a ukulele, so it’s automatically pretty happy.

The ukulele is basically a magical ray of sun, and these 11 songs prove it.

1. “We Don’t Believe What’s On TV” by Twenty One Pilots

Twenty One Pilots feature the ukulele on many of their songs, and are perhaps the most prolific ukulele-users in the popular music world today. “We Don’t Believe What’s On TV” is a particularly energetic track.

In no world could Never Shout Never NOT be included on a ukulele song list. Though the band has changed directions a little since their ukulele days in the late 2000s, songs like “Happy” made history.

3. “I Have Friends In Holy Spaces” by Panic! At The Disco

A brief move to the ukulele world, and a good choice for Panic.

4. “Postcards From Italy” by Beirut

Beirut include tons of instrumentation in their music, so it’s no shock that the ukulele appears on a few of their better-known songs, and in the most pronounced way on “Postcards From Italy.”

5. “Thick As Thieves” by The Summer Set

A little ukulele strumming appears in this song, and it’s a nice touch.

6. “Interlude: Moving On” by Paramore

Hayley Williams’ singing is perfect over the perky uke strumming in this song.

7. “Betrayed By Bones” by Hellogoodbye

What kind of human wouldn’t include this Hellogoodbye song on this list?

The original version of this song features Ben Gibbard’s lovely voice over a uke. It’s the way things were meant to be.

This song is super political. And the singing is super aggressive. But when ukulele magic kicks in, it’s still wonderful.

10. “Somewhere Over The Rainbow” by Israel Kamakawiwo’ole

Okay, no matter who you are, wherever you are in the world, this version of “Somewhere Over The Rainbow” is pretty much the only version that matters.

Probably one of the cutest love songs in the world. Period.

(Photo by Wikimedia Commons user Sloowtown, licensed under CC BY 4.0)