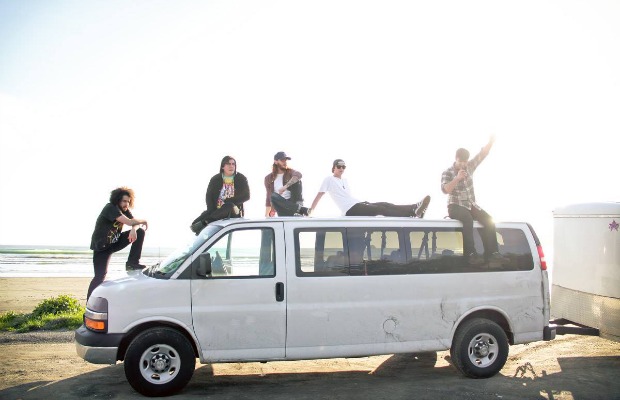 What do Harry Potter, cheese sauce and Pepe The Frog have in common? They are all beloved by our boys in State Champs! Trailing them from the AP office where we hosted a live acoustic set and Q&A (which you can re-watch on our Twitch TV channel) to the Grog Shop, where they played to a crowd of adoring fans, we learned so much from the guys. Way too much, in fact, to keep it to ourselves!

They will be headed to Austrailia with 5 Seconds of Summer on the Rock Out with Your Socks Out Tour and back to the US for their headliner The Shot Boys of Summer with Hit the Lights and Tiny Moving Parts. Additionally, State Champs are nominated for Best Underground Band.  Cast your vote and purchase your ticket now!

2. The entire band has a deep love and respect for T. Swift.

5. If they don’t win the Best Underground Artist award at this year's APMAs, they plan to “Kanye it.”

6. While we were having technical difficulties getting the live stream ready at the AP office, instead of leaving fans hanging, Derek opted to sit on the floor and get to know them.

7. Their new album was written in Evan's childhood home in Surprise, New York.

10. The Beauty And The Beast makes Ryan cry… Every. Time.

11. Most importantly, they are extremely excited to bring “real music” to arenas in Australia on the 5SOS tour. #defend5SOS