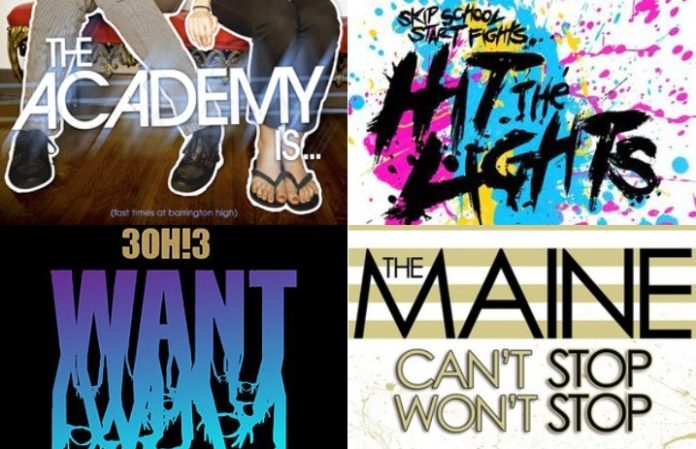 It’s undeniable that 2008 was a great year for music. Iconic songs such as “Nine In The Afternoon” by Panic! At The Disco and “Savior” by Rise Against were released that year, and they still hold a special place in our hearts. The summer of 2008 was especially pegged with amazing releases that made the season so memorable. Here are 12 albums that were released in the summer of 2008 to make you feel old.

Weezer’s popularity already was massive in 2008, and it only continued with the release of their third self-titled album, also known as the Red Album, June 3, 2008. Songs such as “Pork And Beans” and “Troublemaker” could be heard the rest of the summer due to this necessary release.

Rise And Fall, Rage And Grace, The Offspring

The Offspring released this song after a five-year hiatus June 17, 2008, and fans were more than ready for it. It featured major hits such as “You’re Gonna Go Far, Kid” and “Hammerhead.”

Rotation, Cute Is What We Aim For

After the huge success of their debut album The Same Old Blood Rush With A New Touch, the band released their second and final album June 24, 2008. The album featured tracks “Practice Makes Perfect” and “Miss Sobriety.”

The seventh studio album by this ska band was released June 24, 2008 and features songs perfect for summer. Although the album wasn’t their most popular, “Golden Age Of My Negative Ways” and “Handshake Meets Pokerface” won’t be forgotten.

This album was released July 1, 2008, and features Matt Skiba’s signature vocals on popular songs such as “Calling All Skeletons.” Featured on the album was “Help Me,” which peaked at No. 14 on Billboard’s Alternative Songs chart.

The Black Parade Is Dead! My Chemical Romance

Although The Black Parade was originally released in 2006, MCR released a live CD/DVD of their final performance of the rock opera live in Mexico City in October 2007. The album, released July 1, 2008, is certified gold in the U.S., and reminded people why The Black Parade was so great in the first place, as if they would ever forget.