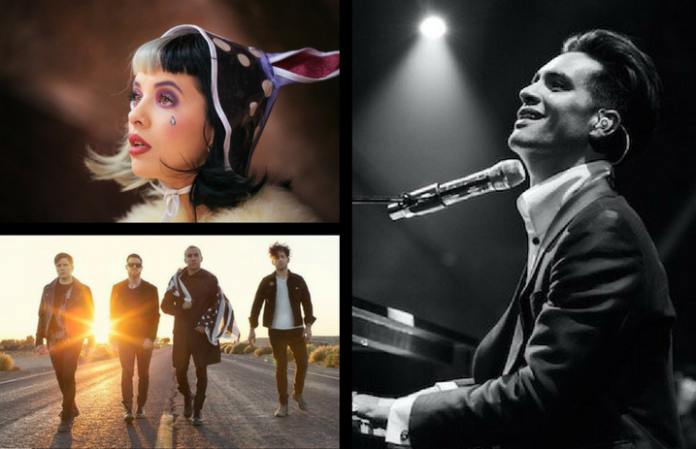 Sometimes choosing to honor favorite musicians and songs can be the right decision for a piece of music. And who says that sampling can’t still be original?

These 12 songs feature a sample from a different artist.

“Don’t Threaten Me With A Good Time” – Panic! At The Disco

There’s no mistaking that opening guitar riff for anything but “Rock Lobster” by the B-52s, even if singer Brendon Urie did change the melody slightly.

This song takes the opening beat of “Straight To Hell” by the Clash, slows it down quite a bit, and repeats it for one of the most recognizable beats ever.

The opening of this song isn’t a song until some dialogue passes; that dialogue is sampled from the 1999 movie The Boondock Saints.

Fall Out Boy take from Suzanne Vega’s 1987 hit “Tom’s Diner” at the very beginning of the song, before transforming  this bit later in a hand-clapping sing-a-long.

Megadeth uses the signature Ink Spots song “I Don’t Want To Set The World On Fire” as a quiet intro into their explosive electric guitar workout. ����

Some of M.I.A.’s vocals, repeating “Cha cha cha,”  are looped and repeated as the main hook throughout this Vampire Weekend song.

Martinez pulls from a very similarly themed song when she includes a line from Lesley Gore’s “It’s My Party.” The beginning trumpet part is sampled directly from Gore’s introduction.

“Pretty Fly (For A White Guy)” – The Offspring

Instead of counting to four to start off this song, the Offspring steal Def Leppard’s idea of a gibberish-filled countdown: “Gunter glieben glauten globen.”

Over a minute of Brand New’s heavy song is a sample from “On Life’s Highway,” a gospel song by Bertrand Brown.

The Beastie Boys used samples in much of their music. (Go check out their 1989 album, Paul’s Boutique.)Here in “Sure Shot,” the group take directly from flutist Jeremy Steig. The flute part is looped behind the rapping.

In Slipknot’s heavy intro to this song, the phrase “Here comes the pain!” can be heard faintly behind the metal music. That’s a direct quote from the movie Carlito’s Way.