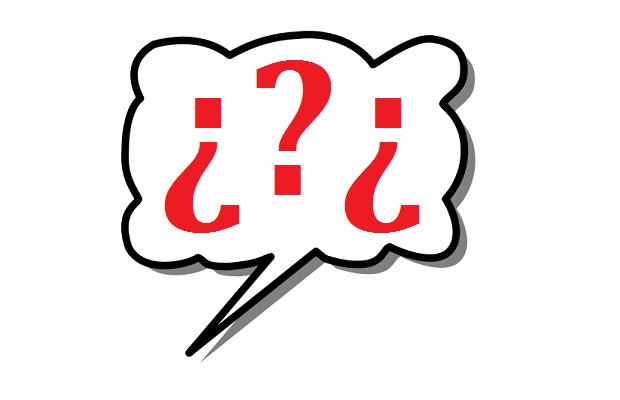 Have you ever listened to a song, paused and thought, “Wait. What did they just say?” only to realize it wasn’t a buildup in your ears or an unclear vocal delivery that threw you off, but use of an unexpected language? It’s always a pleasant surprise when an artist steps beyond the boundaries of their primary spoken language to convey their message, add an exciting element or communicate with a new audience.

And who needs Rosetta Stone when you have bands to teach you, am I right?

Tell us your favorite multilingual songs in the comments.

[Ed. Note: Some of these translations have been Google-ified and thus might not be completely precise. We encourage the linguists among you to give us better translations if they exist!]

A short survey of my peers concluded that most people, though familiar with this song, aren’t aware that those lines Davey Havok mutters before the chorus are en español, but it makes total sense when you think about it. The chorus starts with “to” with no lead-up if you ignore the mumbles.

The Architects – “In The Snow”
Languages: English, Spanish
Kansas City-based the Architects are in the middle of their five-part concept comic/album series Border Wars, and the wildly catchy Spanglish tune “In The Snow” from Part II chronicles the journey of Rosmaria, the love interest of the song’s narrator. She just happens to also be a drug-dealer.

Managing editor Scott Heisel, who ranks this among his top revenge songs, tipped me off to this track, which became so successful internationally that it was translated to Japanese. This music video features the first verse in English and the second in Japanese and subtitled in English.

This sadly romantic Blur song got a little more romantic when it was re-released as a duet between Damon Albarn and French vocalist Françoise Hardy.

The Clash – “Should I Stay Or Should I Go”
Languages: English, Spanish

Starting with the second verse of this punk-rock classic through the last line of the song, every lyric gets shouted in the background in its Spanish translation.

This epic of a song clocks in at almost nine-and-a-half minutes and features verses that alternate between English and Spanish.

Minus The Bear – “South Side Life”
Languages: English, Spanish

Of course a band who titled one of their albums the Spanish translation of their name would have a song or two with multilingual lyrics. Guest vocalist Ely Guerra’s Spanish refrain in this B-side could double as a description for the way this song sounds.

Morrissey really, really doesn’t want you to make fun of someone’s voice, to the point that he just breaks down and implores you not do so repeatedly in Spanish at the close of this song.

Muse – “I Belong To You”
Languages: English, French

Muse’s passionate “I Belong To You (Mon Cœur S'ouvre à Ta Voix)” from The Resistance quiets for a sweet and soft French intermission at the halfway mark of the song.

Airi Isoda, the voice of “NewsAGoGo”—one of the radio commentators in the desert Zones created for MCR’s Danger Days: The True Lives Of The Fabulous Killjoys—opens, interjects and sends “Party Poison” to its screeching end.

Example: “みんな！車満タンだし、スーツケースには爆弾がつめている  人生は短くて、行く道は危険が多い  だから、踊ろう！”
Translation (rough): “Everyone! We filled up the car with gas and the suitcase with bombs. Life is short and we have a dangerous way ahead, so let’s dance!”

Say Anything team up with Brian Sella of the Front Bottoms as Max Bemis does what he does best—self deprecates. Only this time, the pair end up insulting themselves in Yiddish, which somehow makes it sound even more disparaging.

Only Senses Fail could make a love song sound this tough. Who knew shouting “my love!” in Spanish could sound like a battle cry? Todos partes de esta canción are in Spanish except the chorus.