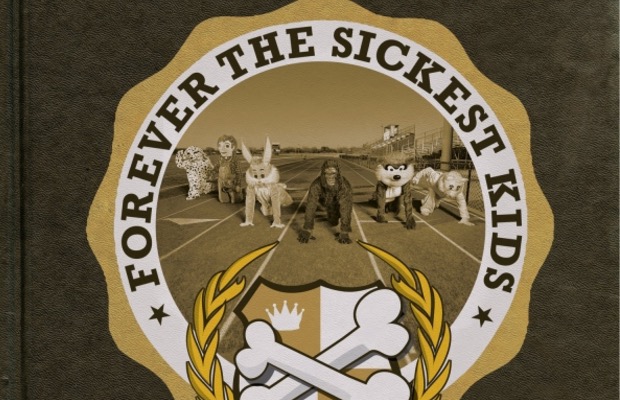 During the late ‘’00s, pop punk took on a new, synth-laden face. Sure, it wasn’t the first time a band decided to put fuzzy keys over their chord progressions, but it was a time when that formula was perfected. Here’s a look back at 12 songs you’ve probably already forgotten from pop punk’s neon era.

Cobra Starship might be finished, but their neon-slathered power pop continues to live on. “Guilty Pleasure,” which features Fall Out Boy’s Patrick Stump, is a standout gem.

Neon pop-punk darlings Farewell made a hook-driven statement with this Warped Tour 2008 Compilation track “Stay Pretty.” Listen above and dive into a pool of nostalgia.

Oh, Luis Dubuc. If you didn’t listen to the Secret Handshake in the mid/late ‘’00s, you missed out—plain and simple. Listen to “TGIF” and reminisce on your favorite cartoons.

Call The Cops (not to be confused with the Italian punk band of the same name) were a PureVolume mainstay for a majority of their early years. “Room 410” will be stuck in your head after just one listen.

The White Tie Affair really hit it out of the park with this one. Remember hearing it everywhere in 2008? TWTA may have fizzled out after few years, but we will always have this banger to look back on.

Danger Is My Middle Name – “Revenge On The Radio”

There’s a good chance you came across Danger Is My Middle Name online in 2007 and 2008. They had a prominent MySpace presence, were a featured artist on PureVolume multiple times and even played dates on Warped Tour. “Revenge On The Radio” put the band on many people’s radars.