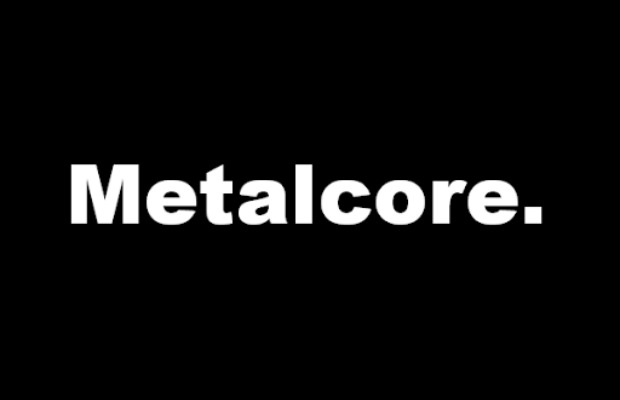 Recently, I brought you 12 melodic death-metal songs any self-respecting metalcore fan should like. It was in attempt to educate young metalcore fans about death-metal, its importance to metalcore’s inception and make a case for why it deserves more patronage in the “scene.” Now, it’s time to look at the other side of the coin. Death-metal fans, there are some metalcore songs that are not that bad. I know, I know—you love to make fun of the genre and its breakdowns. But you’re robbing yourself of a good ol’ thrashin’ time. Here are 13 metalcore songs worth listening to. Trust me.

Let me start by saying that what Tim Lambesis did was horrible, and he deserves to be in prison. But the other members of As I Lay Dying—Nick Hipa, Phil Sgrosso, Jordan Mancino and Josh Gilbert—are truly some of the most talented musicians in metal and, as a group, are easily the best technical unit. “The Plague” is evidence of their superior musicianship.

One of the greatest things about the Devil Wears Prada is frontman Mike Hranica’s scream-growl switches, which move from a screechy zombie sound to a barbarous roar. Backed by some melodic guitar work, the results are metallic ear-candy.

Fashioncore is metalcore too! This old Atreyu jam comes from a time when the genre was on top of the world. The song has everything, mixing intricate riffing, smooth pianos and even gang vocals (“Live! Love! Burn! Die!”).

All That Remains used to be really good. In recent years, they’ve moved on to a more radio-pleasing metal. But in older songs like “Not Alone,” the band play a unique, speedy metalcore that takes obvious cues from melodeath.

Killswitch Engage are metalcore pioneers, and “My Curse” is probably their biggest song. It’s palatable for the masses but heavy enough for the true metalheads.

“Like Light To Flies” is such a devastating sonic assault, it sounds like it was created specifically for military use. Just listen to the song and picture explosions. Lots of explosions.

Since we looked at a new As I Lay Dying song, might as well go back and remember an old one. “Meaning In Tragedy” is one of the best album-opening metalcore numbers ever (taken from Shadows Are Security). It’s a reminder of how AILD were once the premiere crossover melodic-metalcore band.

Nowadays, Of Mice & Men have moved in a more rock-driven, anthemic direction. But this band used to be fucking hard. “YDG” is just great fun—full of cutting screams and sizzling riffs.

11. ASKING ALEXANDRIA – “If You Can’t Ride Two Horses At Once You Should Get Out Of The Circus”

Another band who have since moved in a rock direction, Asking Alexandria broke out with this dark, dramatic fan-favorite. The song begins, “I can't see through the tears in my eyes!”

A Day To Remember aren’t really a metalcore band, but “2nd Sucks” is definitely a metalcore song. It’s essentially one really long breakdown and a lot of shit talking. It works well as a rager or a pump-up song.