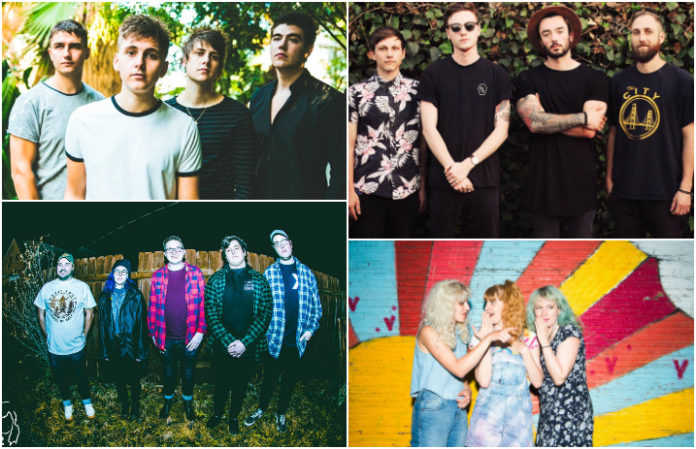 [Photo by: Everyone Leaves – Carolyn Ambriano Photography, Who Is She? – Sarah Cass]

Read more: 15 songs you need to hear this week

Backed by the likes of Movements and Neck Deep’s Dani and Fil, Locals Only are proving their pop-punk worth on their song—and new music video for—“Choke.”

”Dryspell” is taken from the band’s EP, All Heart, based around the story of a couple and their struggles with love, loss, and the uncertainty of where their lives are moving.

Death of a Nation – “Don’t Speak For Me”

Founded by members of Defeater and Verse, Death Of A Nation is a reaction to the world we live in—angst meeting melancholy, rage meeting reflection. “Don’t Speak For Me” challenges people to think in a more critical way.