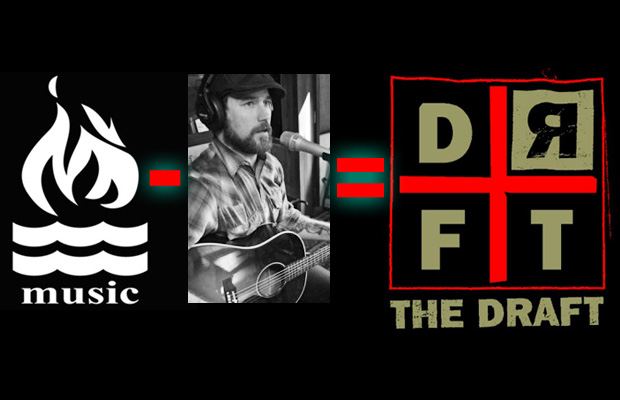 It’s rare nowadays that any band with a few releases (and a few hundred shows) under their belt hasn’t had a lineup change or two (or six, if you’re a metalcore band on Rise Records). But the following 14 bands didn’t just replace one member and soldier on; they started fresh as a brand new band, without relying on the back catalog of their former project. Some of these bands went on to be even more popular than their former selves. Others fizzled out after a record or two, resulting in the original band reuniting. Some still exist in tandem with their alter egos.

When frontman Milo Aukerman, uh, went to college, the remaining members of SoCal pop-punk legends Descendents decided to keep playing together under the pseudonym ALL (spawned from the title of Descendents’ 1987 album of the same name). A revolving door of vocalists followed (we’re most partial to the Chad Price era), but the rest of the band—guitarist Stephen Egerton, bassist Karl Alvarez and drummer Bill Stevenson—have done their best to keep both groups separate (and semi-active).

Rage Against The Machine mouthpiece Zach De La Rocha bailed on his bandmates in 2000, citing a massive communication breakdown among members. Unfazed, guitarist Tom Morello, bassist Tim Commerford and drummer Brad Wilk rebooted Rage as Audioslave, turning the mic over to Soundgarden frontman Chris Cornell. It was a match made in radio-rock heaven, resulting in 10 Billboard Mainstream Rock Chart Top 10 hits and more than five million units shifted in the U.S. alone.

Fewer things are more entertaining than watching sibling rivalries play out on a grand stage, and the Gallagher brothers delivered in spades over the course of Oasis’ 18-year career. But guitarist Noel finally had enough in 2009, quitting the band to fly solo with his High Flying Birds project. His brother Liam and the rest of Oasis didn’t even flinch, forming a new group called Beady Eye, letting bassist Andy Bell shift to guitar and recruiting Kasabian guitarist Jay Mehler on bass. Of course, Noel might have the last laugh after all; his self-titled solo debut opened at No. 1 on the U.K. charts and is certified double platinum in his homeland, whereas Beady Eye’s first album, Different Gear, Still Speeding, debuted at No. 3 and has only gone gold.

Beardcore progenitors Hot Water Music were Black Flag for a new generation, in terms of how hard they toured—they practically lived on the road for more than a decade straight. That lifestyle is bound to burn someone out, and vocalist/guitarist Chuck Ragan was the first to break, leaving the band in late 2005. Not really knowing what else to do, vocalist/guitarist Chris Wollard, bassist Jason Black and drummer George Rebelo regrouped and formed the Draft, initially recruiting Bad Religion guitarist Brian Baker as their fourth member before trading him in for Todd Rockhill. One LP and a handful of 7-inches followed, but not much else—fans didn’t embrace the Draft as they had HWM, so a few short years later, Ragan joined back up with the boys for a Hot Water Music reunion that has resulted in the biggest shows of their career and a pretty kickass record in 2012’s Exister. The Draft recently came out of hibernation for a brief summer tour this year (with Addison Burns on guitar), but have no plans on recording any more music for the time being.

By 1985, two of Washington, D.C.’s most promising hardcore bands—Minor Threat and the Faith—had already been broken up for a few years. But what better way to kick off the first wave of post-hardcore than with the singer of one band forming a new group with everybody else from the other band? That’s what happened here; Minor Threat frontman Ian MacKaye formed Embrace with all the ex-members of the Faith minus their singer, Alec MacKaye—who was also Ian’s younger brother. (That might’ve been a little awkward, no?) Embrace lasted for less than a year, but their self-titled debut is one of the best records to have come out of that fertile musical ground in D.C.

fIREHOSE were born out of tragedy: Bassist Mike Watt and drummer George Hurley were originally playing in California weirdo-punk trio the Minutemen with guitar virtuoso D. Boon, whose life was unfortunately cut far too short in late 1985 when he died in a van accident. After mourning his loss, Watt and Hurley regrouped as fIREHOSE with Ohio native Ed Crawford on vocals and guitar. The band lasted until 1994, playing nearly 1,000 gigs along the way. They recently reunited for Coachella in 2012.

While Further Seems Forever have had their fair share of lineup changes, they actually came in to existence after the Florida-based Christian hardcore band Strongarm called it quits in 1998. The four instrumentalists in Strongarm jettisoned singer Chris Carbonell (already Strongarm’s second singer) and regrouped with a new Chris at the helm—Chris Carrabba, later of Dashboard Confessional. The lineup of Strongarm + Carrabba only lasted for one album, the 2001 classic The Moon Is Down, before FSF’s lineup began a constant shifting that didn’t settle down until they broke up in 2006. FSF have since reunited with their entire original lineup (Carrabba included), releasing a new album called Penny Black last year. >>>