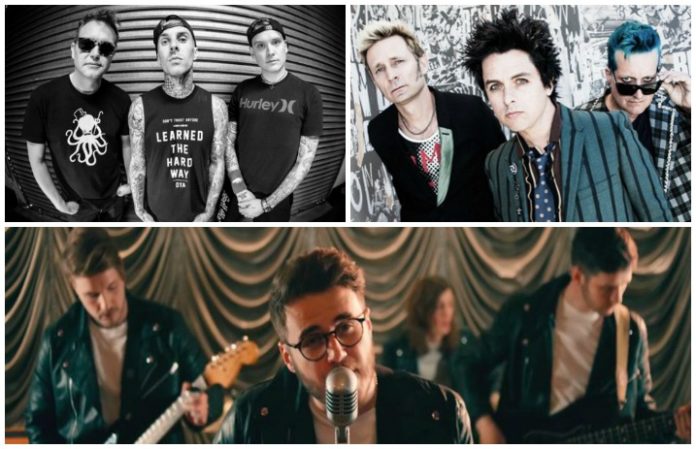 Feeling lonely this Valentine's Day? Rather than text your ex, commiserate with these 14 brokenhearted jams!

That feel when you know it's not going to work, yet you keep trying with the wrong person anyway. Things will get better, you tell yourself. “We are good for each other,” you falsely rationalize to a romantically detached darling, baby, honey. Moose Blood knows the drill. Maybe it's you who's the wrong person, after all: “I don't know what to do without making it worse.” Hey, we're not all cut out for domestic bliss.

What happens to the flame of passion when faced with uncertainty? Unwilling to love in vain, Years & Years' “Memo” lights a candle for lingering longing, illuminating vivid desire. It's a love song for a new era. In 1937, bluesman Robert Johnson bellowed, “You can squeeze my lemon 'til the juice runs down my leg.” Years and years later, Olly Alexander sings, “Who wouldn't want it when he looks like that?”

“I talk to you every now and then/I never felt so alone again.” So begins Tom DeLonge's pre-fame ode to barely getting by on loneliness. Still a showstopper at Blink-182 concerts, “Carousel” is one of those tunes you can always turn to in a rough time. Reportedly, the song was one of the first ever written by the Blink boys.

Real Friends – “Keep Lying To Me”

Like staying with someone you don't exactly love just to stave off loneliness, “Keep Lying To Me” from Real Friends perfectly captures that empty feeling. Other lost souls are sickly ensnared in a dangerous game of make-believe intimacy. “Let's keep lying next to each other/while we lie to ourselves,” wails vocalist Dan Lambton, and you feel it. You've been there.

Weezer – “Waiting On You”

While Weezer are well-known for their Pinkerton-era gems on unrequited love, B-Side “Waiting On You” really takes it up a notch in the perceivably-scorned-lover department. If you're waiting on a date to call you back, it's probably not the best idea to let them know you've been obsessively ticking off the time since last contact: “You're 19 days late/but still I sit and wait.”

Fall Out Boy – “Alone Together”

“Do you got room for one more troubled soul?” Counting backward from relational implosion, Fall Out Boy's “Alone Together” seeks the bittersweet halfway point where you may be deserted, but at least there's a kindred wanderer to help absorb the anguish. Alas, it's not to be, and you can't go home again. “This is the road to ruin and we're starting at the end.”

Julien Baker sure knows how to funnel that endless existential solitude into elegant hymns of anomalous grace. On “Go Home,” she's sick, silent, dirty, defeated, “drunk on the side of the road in a ditch”—alone. Here, Baker gives credence to the ascribed Henry Rollins quote that “loneliness adds beauty to life.” If this song sounds like a spiritual, that's because it is.