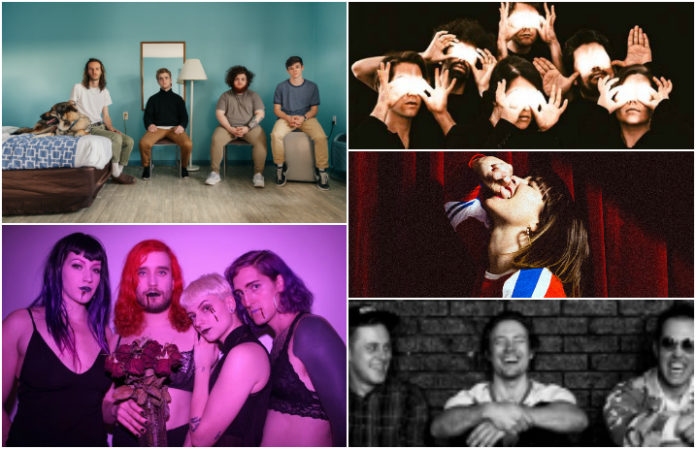 Read more: 10 songs you need to hear this week

Head North released their new song, “By Presidential Decree,” taken from their forthcoming debut full-length, The Last Living Man Ever in the History of the World, out June 2.

Subtleties are a new band from Albany, New York, and they just released their debut single “Nobody.”

Rumors Of Free Lunch – “On Our Way To Perdition”

Punk duo Rumors Of Free Lunch released their EP Five Minutes You'll Never Get Back, and “On Our Way To Perdition” sums up the band’s “fast, brief, and pissed off music” mantra.

Indie rockers FOXTRAX have debuted their romantic take on Harry Styles' song, “Sign of The Times.”

“Switchblade” is an indie/math-pop jam from Columbus, OH-based quintet Playing To Vapors. It also happens to be the first single from their forthcoming debut album, Shred The Master Design.

This is the first track on the official compilation album for the Dine Alone Tour 2017, taken off the Flatliners’ Inviting Light, out now.

Simon Doom, the solo project from Kuroma/MGMT guitarist, Simon O'Connor, proves he has a brand of power pop that is innovative and undeniably catchy.

“Sasha” is the first new full-band Strawberry Girls song the band has written since their album American Graffiti back in 2015.

De'Wayne Jackson’s new EP, Don’t Be Afraid, dropped this week, and “Old Steps” is the emotionally-driven first track on the EP.