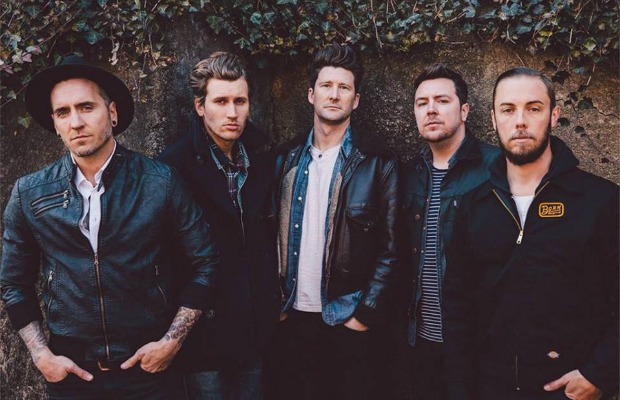 We know about the farewell tour dates. We know about the last show. We already have the final album. We can see the breakup fast approaching, but Anberlin fans will still be hurting on November 27, 2014 and long thereafter, when the band will officially cease to exist. To show our appreciation for all the music and memories, here's a look back at 15 essential tracks from their career.

Most fans won't forget the first song on the first Anberlin album. The stage for their career was practically set on the engine-revving rock riff in the song’s intro.

An early example of their tasteful lyricism on the ladies, as well as a heads-up to the airtight pop rock to follow on Never Take Friendship Personal.

One of the best singles from their sophomore album (that Australia got to see performed in its entirety. Damn you, Aussies!). Stephen Christian was scaling notes most scene-folk simply couldn't reach, like in the unforgettable line we all have related to at one time or another: “I don't know who you are anymore.”

“When memories fade, we've got each other.” Those “whoa-ohs” are absurdly addictive, aren’t they?

Cities became so beloved by fans because of songs like this one, where the band matured at a pace that was easy to keep up with. Regarding the intent of the song, Christian blogged, “I was scared of being alone. I would try to pretend I wasn’t, but I needed the attention of the opposite sex to thrive. I learned better, the hard way.”

A cornerstone in their discography. Anberlin didn't put out much purely acoustic material, but they make it count here. Heartfelt and beautiful, we'll never know how many CD-R mixdiscs it was burned onto in between Dashboard Confessional and Copeland songs.

On record, one of their prime pieces of late '00s post-hardcore. In recent years, this song was just as devastating live when performed solo by Christian on piano.

A breakup song sung by a true gentleman who was always more sly than sinister. “Breaking” is buoyed by an unforgettable pop chorus: “You make breaking hearts look so easy.”

Another super-poppy song with substance from New Surrender. It's named after the city where Christian proposed to his wife (Northern Lights, North Carolina) and about a near-tragedy faced by drummer Nathan Young. “Nathan was flying home from LA and his plane started to basically free fall, to the point where people were screaming and throwing up,” Christian wrote on his comprehensive blog.

A ballad that still grinds away. The harmony-heavy chorus hints at their increasing interest in new wave tropes, like a power-pop version of Depeche Mode or Echo And The Bunnymen.

The band’s mellow, atmospheric side really shines on Dark Is The Way, Light Is A Place. Christian channels Bono (ca. The Joshua Tree), both yearning and yelling away his frustrations. If you think that's a lame comparison, take a break from reading U2 status updates and actually listen to it.

Another side A, track 1. The opening beats of this Vital cut shook the house when I saw them last year—and it wasn't a small house. Here, the band's new wave-influences flourish in a big way.

Late-career brilliance. Dark '80s vibes conjured by keyboards that set the mood for the big bang. Every chorus line is like another wave hitting you. Christian described it best: “This song is about crossing the great unknown beyond death, and a Savior who is waiting for me on the other side.”

A surreal, synth-slathered look back at it all (“I've seen faces I may never see again/I've been places I never could have dreamt”), it's in this song where you'll find the perfect parting statement (“My heart's where I'm going”). Play it loud and reflect on something that matters to you.

The final song on their final record. And it feels that way, all broken-down, hollowed-out and heavy-hearted, like one of Depeche Mode's Songs Of Faith And Devotion. Christian's vocal lines lay across one another like lovers, delivering his mantra: “We'll live together, forever, forever.”