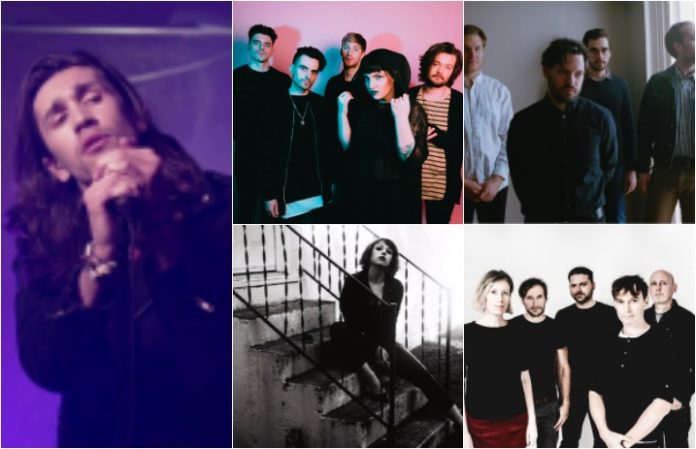 Our Hollow, Our Home – “Shape Of You” (Ed Sheeran cover)

Our Hollow, Our Hollow put their own, heavy spin on Ed Sheeran’s “Shape Of You” this week.

Tigress’ EP, Like It Is, arrives May 12, and “Headaches” is the newest taste from it.

The Classic Crime – “Not Done With You Yet”

The Classic Crime released their new album, How To Be Human, on Friday, which features “Not Done With You Yet.”

”R I P” is culled from Brooklyn singer SHEARE’s debut EP, Turbulance, which is out May 12.

Beach Fossil’s “Silver Tongue” is a contribution to the “Our First 100 Days” project. Find out more about it here.

Lauren Hoffman & The Secret Storm – “A Friend For The Apocalypse”

”A Friend For The Apocalypse” comes from Lauren Hoffman & The Secret Storm new album, Family Ghost.

Single Mothers announced their sophomore album this week. Our Pleasure is out June 16 via Die Alone Records, and “Undercover” is the first single.

To kick off their tour dates with Devin Townsend Project, Gojira, Deafheaven and Code Orange, Oni released a music video for “Spawn And Feed,” which comes from their album Ironshore.

Algiers – “The Underside Of Power”

”The Underside Of Power” comes from Algiers’ new album of the same name, out June 23 via Matador Records.

Marie Miller’s new album, Letterbox, dropped on Friday. “Glitter Gold” is a single taken from it.