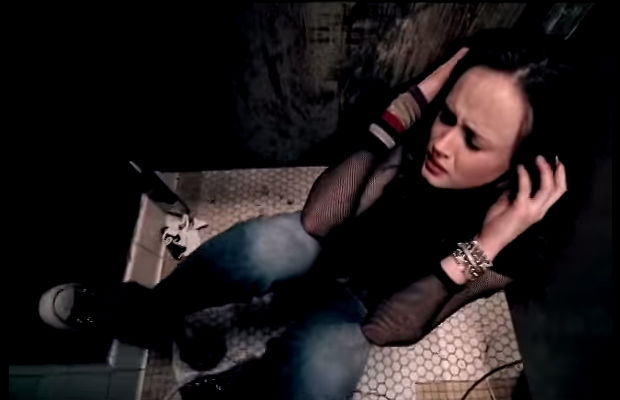 We’ve all been there: You’re watching a music video, and suddenly you shout, “Hey, I know that person!” That is usually followed by a solid five minutes spent racking your brain trying to summon the name of the celebrity you just spotted. (“You know, the one guy who’s in that one movie about pie and flutes!”) Bands featuring other bands in their music videos is nothing new (We’re looking at you, A Day To Remember and Less Than Jake), but when artists go the extra mile and pull in a celebrity, it just makes the whole thing a bit extra special. Admit it: We’re all suckers for the Hollywood factor. Here are 17 celebrities who’ve made appearances in music videos. And for everyone who thinks Ben Savage was in Underoath’s video for “Reinventing Your Exit,” we can officially put any internet rumors at bay:  That is not Cory Matthews. From former Underoath guitarist Tim McTague: “This is no Savage. The actor is actually actor(s) as they are twins. They did something really weird after, like American Idol, but I don’t remember specs. That was a low point for us artistically.”

5. Henry Winkler – Say Anything, “Wow, I Can Get Sexual Too”

7. Ron Jeremy – A Day To Remember, “The Plot To Bomb The Panhandle”

10. Chris Owen – Something Corporate, “If You C Jordan”

12. Kate Moss – The White Stripes, “I Just Don’t Know What To Do With Myself”