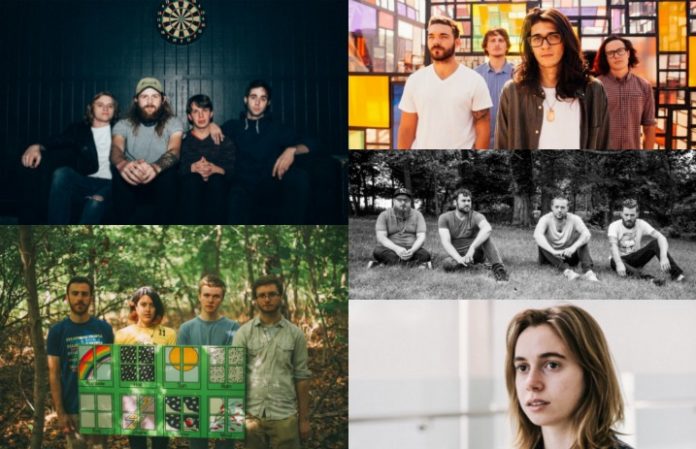 If you've been paying any sort of attention over the past few years, you've probably heard talk of the “emo revival.” We hear you: “Isn't it fully revived by now,” you ask?

Perhaps, but we couldn't help but pull together this list of 18 incredible bands, some of which have been carrying the emo torch for years, others of which are just getting started in revitalizing the emo scene as we know it.

Read more: From Fall Out Boy to the Wonder Years, emo has its great poets

But 18 is a pretty small number! Did we forget your favorite emo band? Are these bands REALLY emo? Do you hate the phrase “emo revival”? Fight it all out in the comments.

Plenty of people will tell you The Hotelier is THE band heading up the emo revival, and we wouldn't fight them on it—check out “Piano Player.”

A Will Away just keep getting bigger and bigger, and we understand why. “Gravity” is heartrending, and just the perfect amount of heavy.

Let's get personal: I honestly panic when Julien Baker comes on shuffle, because I probably won't make it halfway through any of her songs without crying. Now THAT'S emo.

We guarantee you'll get into Evan Weiss' solo project, and won't be getting over it any time soon.

Texas' Sine Cura are just now on the come up after forming in 2015, and we can't get enough of their song “Pressing Flowers” (and the great video to go with it)!

Tigers Jaw are a longtime scene favorite, and the marriage of Ben Walsh and Brianna Collins' voices make for pure musical magic. (Enough M words for ya?)

Citizen certainly sit on the heavier side of emo, but they're a perfect fit for you if you're a fan of classic Brand New cuts like “Sowing Season (Yeah).” Try them on for size with the dissonant, raw “Silo.”

You could pull a Tiny Moving Parts song out of a lineup based on the frenetic rhythms and intricate guitar work—it's emo marked by technical brilliance.

Let's talk about Have Mercy: The Maryland-based band are well-known for bringing the tears to any lineup they're featured on.

Joyce Manor deliver their doses of emo in short spurts—no, really, most of their songs clock in at two minutes or less, but they pack quite a punch.

CONTINUED ON NEXT PAGE >>>