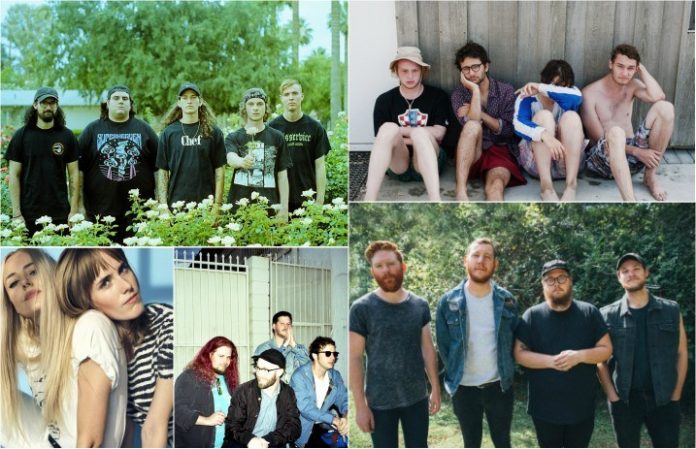 Read more: 18 new songs you need to hear this week

WAVVES and Culture Abuse – “Up And Down”

WAVVES and Culture Abuse collaborated for “Up And Down,” a two minute burst of garage pop with punchy lyrics.

MisterWives – “Never Give Up On Me”

MisterWives dropped their massively addictive new track, “Never Give Up On Me.”

BANNERS – “Someone To You”

BANNERS debuted a music video for their boppy track “Someone To You,” taken from their Empires on Fire EP.

One Flew West – “Trial And Error”

Colorado-based pop rock act One Flew West released their new single, “Trial And Error,” from their new EP due out next year.

Canshaker Pi – “Pressure From Above”