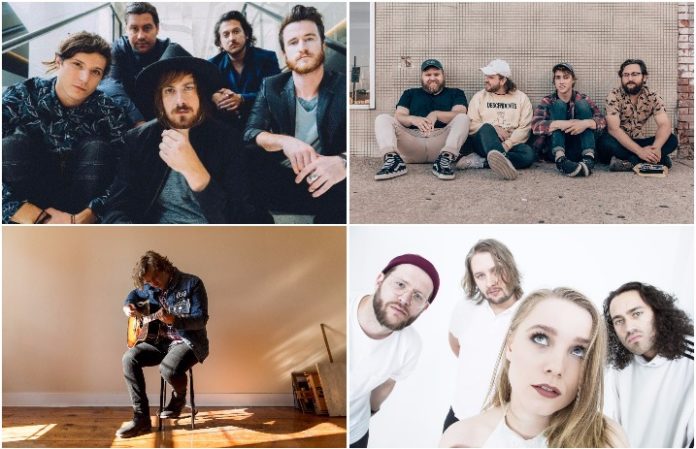 Read more: 10 new songs you need to hear this week

Mike Frazier And The Dying Wild – “Read My Rights”

Iowa act and AP 12 Bands pick Kayak Jones surprise released their new EP, Sort Out Your Head, featuring the track “12/21.” You can pick it up here.

ANSON released their acoustic cover of Taking Back Sunday’s “MakeDamnSure” with Casualty Sessions.

The Unlikely Candidates – “World in My Pocket”

Alt-pop act the Unlikely Candidates released their new single “World In My Pocket,” taken from their upcoming EP Danger To Myself.

Bohnes (Alex DeLeon of the Cab) premiered an acoustic version of his song, “Six Feet Under.”

Brian Marquis released his new single “The Romantic,” featuring members of the Architects as his backing band.

Thrillchaser debuted their lyric video for “Emptiness,” taken from their forthcoming album, A Lot Like Love.