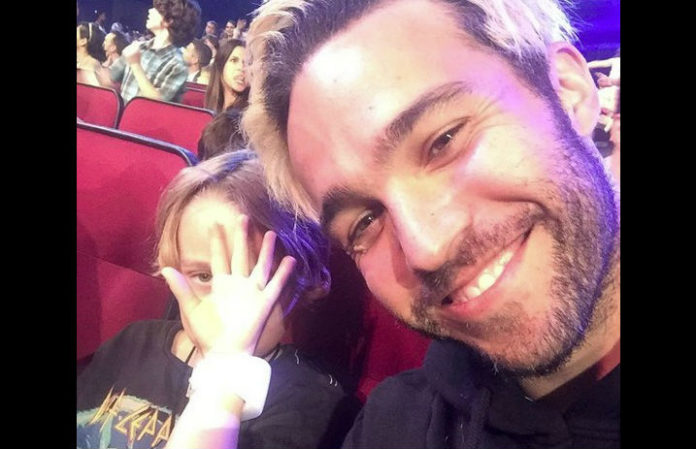 Back in the early days of 2006, when our own Pete Wentz was guzzling red drink in music videos and was just about to have his Sidekick stolen, we really never expected him to ever attend barbecues or PTA meetings. Yet, since the birth of his sons Bronx (age seven) and Saint (turning two this summer!), Pete has risen like a phoenix into the world of fatherhood. We gotta say #thankspete for posting on social media so we can scream and cry our (car crash) hearts out.

when we're driving home from school and the 7yr old is on a tangent about life that ends with “its ok dad everybody dies one day” uh :/

…when he watches on the field during Little League practice

…when he says what all dads (and, let’s be honest, the rest of us) are thinking

My only real goal in life is to be able to wear sweatpants every day and not be judged.

…when cooking for the kids meets technology

Is there a website where you enter what food you have in your kitchen and it tells you recipes so you can be lazy & not go to the store?

…when he shows them his Midwest roots

…when he quotes Winnie the Pooh and we all cry

Piglet sidled up to Pooh from behind. “Pooh!” he whispered. “Yes, Piglet?” “Nothing,” said Piglet, taking Pooh's paw. “I just wanted to be sure of you. One of my favorite quotes with my favorite people of all time.

…when good taste runs in the family

This guy won't wear any hats at all- except this one. I back it.

…when the rules of Tag are still legit

I was pleased to hear that the “no tag backs” stipulation is still a big part of tag.

…when he relives his own childhood??! (This isn’t fair.)

There is a part of me that wishes I could go back to the time when I would fall asleep in the car and my dad would carry me in the house.

…when hugs ruin you

…when Freudian slips are adorable AF

…when he lets that wisdom rain

As a kid you are punished for being disruptive. As adults we are encouraged to be disruptive.

…when only Chewbacca knows your feels

Watching Star Wars with the 7 yr old he says “why does everyone have such gross tongues?”

…when the stumper wants to play ball with the big kids

The jv squad is ready to sub in �� flag football Saturday.

…when he finds camera roll surprises

sitting in the dr. Waiting room going through my camera roll and seeing all the face swaps the 7 yr old does when he steals my phone ��

…when he’s just honest about loving being a dad

Kids are so weird and great.