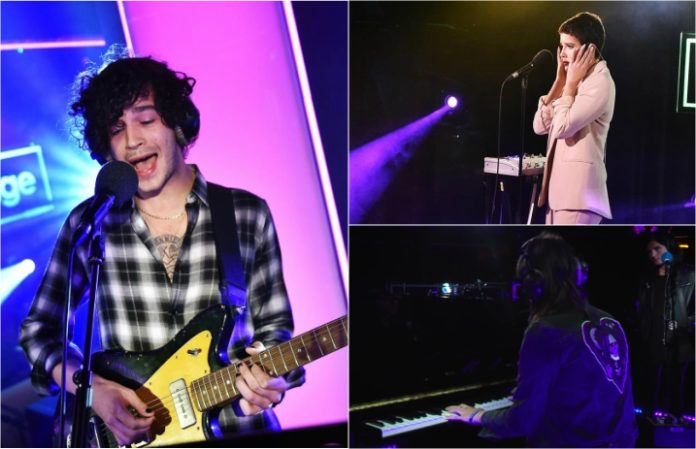 Arguably one of the most versatile, successful and exciting bands in the world right now, the 1975 possess two albums worth of material that is just waiting to be covered. And these artists agreed.

1. “Somebody Else” by Circa Waves

While supporting the release of their self-titled debut, the 1975 took Liverpool natives Circa Waves out on tour in 2014. Three years later and Circa Waves immortalized that marvelous tour with a rock ’n’ roll cover of the ballad “Somebody Else.”

In early 2016, Halsey offered the BBC Radio 1 Live Lounge an inventive take on the 1975’s irresistibile single “The Sound.” By switching up the lyrics (“I’m sympathetic, poetic, dramatic, but I want to be”), Halsey’s raw cover transforms the quintessential I like it when you sleep track into something entirely new.

BBC Radio 1 often compels artists to cover contrasting material to the delight of fans around the world. Creeper’s heartbreaking cover of “A Change Of Heart,” which places Hannah Greenwood’s vocals at the forefront, is no exception. Caution: This will bring you to tears.

Last year, Dashboard Confessional gifted the scene with a package of gorgeous covers, which included Chris Carrabba’s takes on Julien Baker, Justin Bieber and, of course, the 1975. In fact, the mashup of two worlds caused frontman Matty Healy to enter an emo existential crisis of sorts, confirmed with the tweet:

5. “Somebody Else” by Lorde

At a late-2017 set in Paris, Lorde performed an unexpected and beautiful cover of “Somebody Else.” Acknowledging that the singer probably broke the hearts of fans everywhere, Healy again took to Twitter and expressed his thoughts on the matter, calling her his favorite pop star.