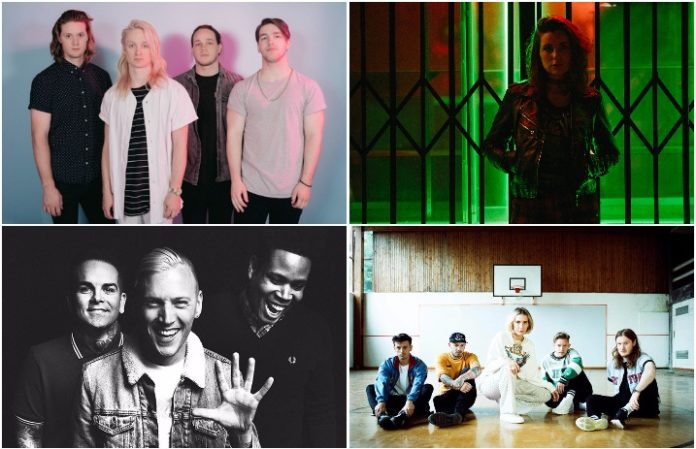 Read more: 20 songs you need to hear this week

Fickle Friends – “Hard To Be Myself”

Fickle Friends announced their signing to Interscope Records and released their new single “Hard To Be Myself,” taken from their forthcoming,debut full-length due out next year.

Energetic indie rock act Walk The Moon released their new song “Headphones,” the second release from their upcoming album What If Nothing, due out Nov. 10.

Sharp/Shock debuted the third video for “Troublemaker” from their debut album, Unlearn Everything, released earlier this year on Alkaline Trio’s label.

Picturesque – “Do Re Mi” (blackbear cover)

Rockers Picturesque debuted their cover of blackbear’s “Do Re Mi.”

Skye Wallace debuted her first song since her last album, “Scarlet Fever,” taken from her yet-to-be-named full-length due out next year.