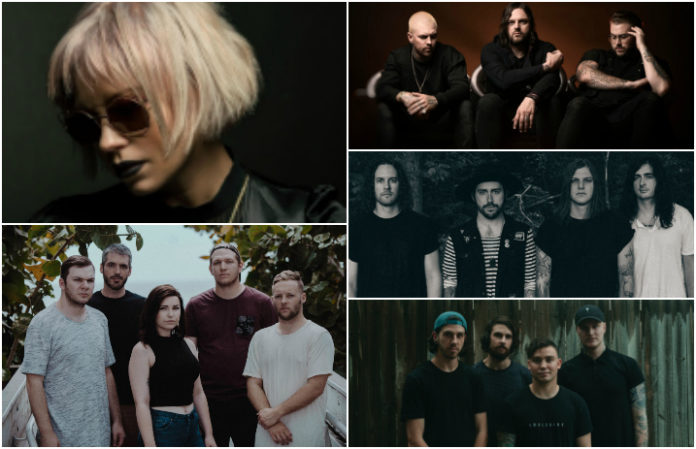 Read more: 19 songs you need to hear this week

“Orphan” is the stunning second single from Holy Wars’ forthcoming debut EP Mother, which will be available June 30.

Mocklove released a new music video for SOOTS, taken from their EP It's a Sacred Privilege to Walk Someone Home.

Stepson – “Come With Me”

Brisbane's Stepson released a music video for their new single “Come With Me,” which is about “the constant self-deprecation you face when you think you aren't good enough for some one you truly care about,” vocalist Brock Conry explains.

Fickle Friends released the first single, “Glue,” the title track from their forthcoming EP, due out August 11.

Electro-pop quintet Sleeptalk released a music video for a new version of their single “Young” after signing with Artery Recordings, who will be releasing their debut full-length July 28.

Powerflo – “Where I Stay”

Alvarez Kings – “Get Up And Move On”

Sheffield, UK quartet Alvarez Kings released their new song, “Get Up And Move On,” which you’re bound to be blast all weekend long.

The Melvins – “What’s Wrong With You”

The Melvins released their new song “What’s Wrong With You,” featuring vocals from Steven McDonald (Redd Kross/OFF!) and That Dog's Anna Waronker. The track is taken from their double album, A Walk With Love & Death, set to be released July 7.