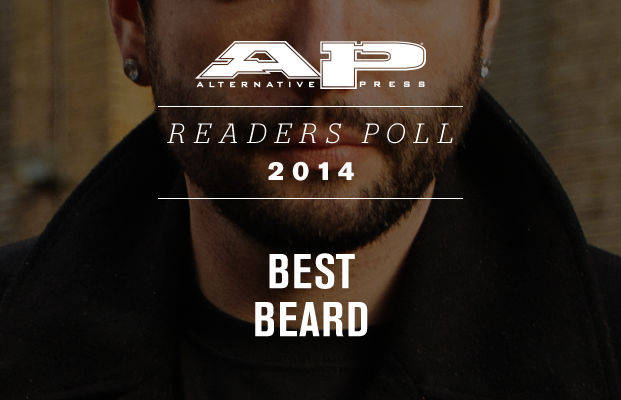 Jeremy McKinnon (A Day To Remember)

YOU SAY: “[Read this in a British Accent with some heroic music in the background.] On the quest to find the best beard in the industry, I was falling short. That is until I say Jeremy McKinnon. I could see the thickness from a mile away. So coarse, so well-trimmed, so….magnificent. “To heck with un-trimmed, lengthy beards!” said Jeremy. “I shall have the thickest most beautiful beard of all the land! I shall pick up females left and right with my amazing sideburns that connect oh-so-perfectly with my beard.” I then took Mr. McKinnon back to the great plains of beardland and crowned him The King Of Beards.”
–Aaron Fisher – Waxahachie, TX

Jason Aalon Butler (letlive.)
YOU SAY: “Look at that glorious mane! Though there's some pretty good competition, you can't beat Jason Butler's beard. In Jarrod Alonge's second “How to pronounce band names” video, letlive. is literally listed as “That crazy guy with the beard.” I can't argue there.  The beard was the first thing I think of when I hear the band name even before I started listening to them.”
–' Bariol – Sydney, AUS

Kevin Jordan (This Wild Life)
YOU SAY: “It's as if Jesus himself was like, “Once in a lifetime, I need to create a beard that is better than mine. And I have chosen him.” Kevin Jordan was chosen by Jesus to have this beard.”
–Jessie – Wilkesville, OH