2019 in memoriam: Remembering the ones we lost

Remembering some of the musicians and pop culture icons we lost in 2019.

Music, movies, tours: Obviously, there were plenty of cool and wonderful things that were brought into the world in 2019. But there was a significant amount of sadness, as well.

We did lose many members of the scene and pioneering alt-rock artists, as well as respected and loved pop culture figures.

Here are a few of the notable entities we lost in 2019. Whether you were an ardent fan or had only heard of some of these people tangentially, this is a moment to show respect and/or learn of their contributions to the greater rubric of rock culture.

Shane Bisnett was the bassist for Ice Nine Kills from 2009 to 2011. Loved by many, it’s been acknowledged that his work was crucial to the creation of 2010’s Safe Is Just A Shadow album.

The bassist for SoCal punk icons the Germs (real name: Teresa Marie Ryan) was a totem for women in punk and a bastion of cool. Check them out at the height of their madness in director Penelope Spheeris’ crucial documentary, The Decline Of Western Civilization.

Formerly of sXe bands Project X and Side By Side, the guitarist was a member of NYC straight-edge outfit Gorilla Biscuits. He also oversaw the fanzine/label Schism with GB’s other guitarist, John Porcelly.

The singer/guitarist/songwriter was prolific as the chief writer in Transit, Cold Collective, Misser and On & Off and was a respected member of the contemporary emo scene.

As a member of the “pre-fab Four” band the Monkees, Peter Tork played a lovable hippie goofball on the TV show. But he was pretty essential to the recordings that continue to make preceding generations smile.

Andy Anderson joined the premier post-punk/goth band the Cure when original drummer Lol Tolhurst moved to keyboards back in 1983. Anderson also played with such British legends as Hawkwind and Steve Hillage as well as contributing significant session work.

The indefatigable frontman for the Prodigy put a serrated punk edge into dance music in ways that the genre certainly needed.

The 52-year-old Luke Perry transcended generations with his television work, beginning with 90210 Beverly Hills, 90210 in the ‘’90s. He was rediscovered by younger audiences via his role as Frederick “Fred” Andrews, father of Archie, in the acclaimed series Riverdale.

The drummer for Have Mercy passed away at 29, playing and recording with the band from 2009 to 2014.

Born Ermias Joseph Asghedom, rapper Nipsey Hussle was a bona fide fulcrum in hip-hop. From inspired mixtapes, acclaimed album releases, entrepreneurship and a strident sense to give back to his community via his activism, Hussle embodied talent, a tireless work ethic and an altruistic streak the size of an airport runway.

Read more: Vic Mensa reflects on “how rap is much to blame” for Juice WRLD’s death

The work of this paranormal investigator inspired the creation of The Conjuring franchise, as well as The Nun and The Curse Of La Llorona.

The British actor who played Chewbacca in the iconic Star Wars film series passed away at the age of 74.

The “net name” of much-loved internet cat Tardar Sauce, Grumpy Cat inspired twice as many laughs generated from her memes.

The SoundCloud rapper known as Jacob Thureson was signed to Atlantic Records and working on a debut album before his death at 18.

Boyce was best known for his roles in Disney’s Descendants and the TV series Jessie. He had also been cast in HBO’s upcoming Mrs. Fletcher and as Simon Ostergaard in the American Satan movie spinoff, Paradise City, alongside Andy Biersack.

Read more: Spotify users listened to their favorite bands this much in 2019

The guitarist from Boston, Massachusetts, indie outfit Somos left behind a reputation for both great musicianship and staunch social justice advocacy.

The chief songwriter for America’s premier new-wave combo, Ocasek wrote a ton of great songs and looked cool AF. He also produced records by Weezer, Motion City Soundtrack and many other artists. 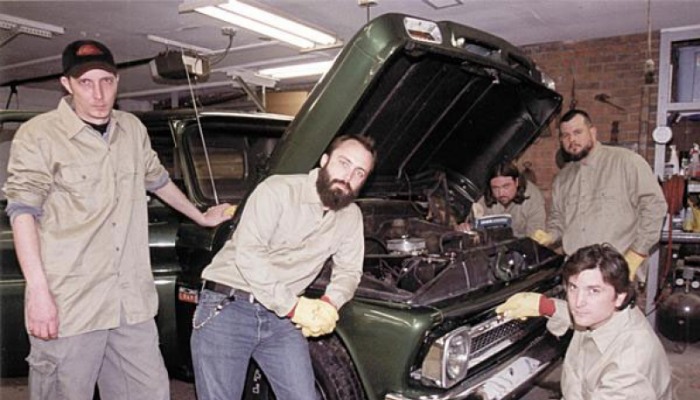 The talented keyboardist helped further the evolution of Maryland rock lifers Clutch. Curious listeners should seek out Clutch’s Robot Hive/Exodus and From Beale Street To Oblivion to see what Schauer brought to their table.

Sidney Eddie Mosesian was well known as Captain Spaulding, Rob Zombie’s bad guy of choice in the movies House Of 1000 Corpses, The Devil’s Rejects and 3 From Hell. A forever-favorite scaremaster.

Shattuck was the infectious personality of L.A. punks the Muffs who created some wondrously killin’ tracks. She also had a brief stint replacing Kim Deal in the Pixies. And she was a better screamer than the one in your favorite band.

The darling big-eyed cat was more than just meme fodder, working with charities both human and animal to bring some desperately needed joy all over the world.

Juice WRLD, aka rapper Jarad Anthony Higgins, passed away after succumbing to a seizure after arriving at Chicago’s Midway Airport. His song “Lucid Dreams” was considered by many to be a new high point in the continued evolution of hip-hop.

The founder of the essential skate mag galvanized a culture that was crucial to practically everywhere on the planet. Phelps embodied skate culture in all of its manifestations, and he was respected and adored by millions.

The guitarist for Detroit rock outfit Big Chief reminded listeners of the rich legacy of his city’s music scene, as well as reminding the grunge-damaged denizens of Alternative Nation who Black Sabbath and Funkadelic were.