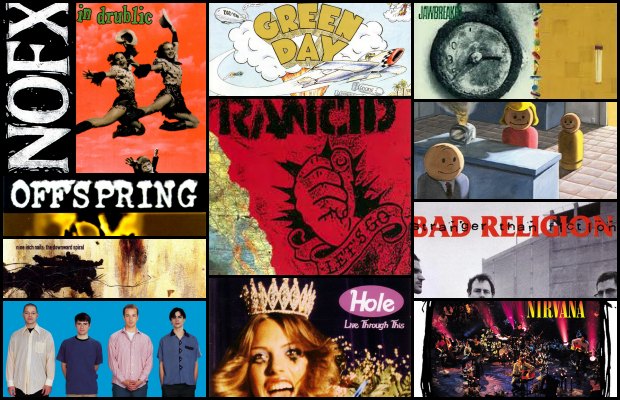 Recently, as we were finishing this year’s 100 Bands You Need To Know special (AP 309, on sale March 4), our annual look forward at what the newest noise in our scene is, we noticed a whole bunch of publications were looking back, specifically at one album: Green Day’s Dookie, which celebrated its 20th anniversary Feb. 1. While that album was a massive gamechanger for both punk rock and rock ’n’ roll at large, it wasn’t alone: In this humble writer’s opinion, 1994 was one of the finest years guitar-based music has ever seen. Allow us to flip through our big, black CD booklets stuffed full of some of the most classic records of 1994, so we can remind you just how well this stuff holds up two decades later.

The inspiration for this list and still a stone-cold classic, 20 years after the fact. And if you don’t agree, F.O.D.

JAWBOX
For Your Own Special Sweetheart
RELEASED: February 8, 1994

Three decades into his career as a musician, J. Robbins has yet to make a bad record—but he’s never made one greater than Jawbox’s major-label debut.

It takes serious effort to sound this lazy, and Pavement nailed it on their second (and best) album.

It’s pretty wild to think that two of the Bay Area’s most influential punk bands released their most acclaimed albums in the same 14-day span. For the record, Blake > Billie Joe—and we’re pretty sure Billie Joe would agree.

It’s almost criminal Beck never ended up on the cover of AP in the mid-’90s. He was the poster child for “alternative” music that truly was an alternative to the grunge crap major labels were already shoving down everyone’s throats. Sorry for skipping you over, Mr. Hansen!

Now here’s a guy we never skipped over: Trent Reznor has been on the cover of AP a whopping nine times, and none were more deserved than when we wrote about the creation of this industrial-rock masterpiece. >>>