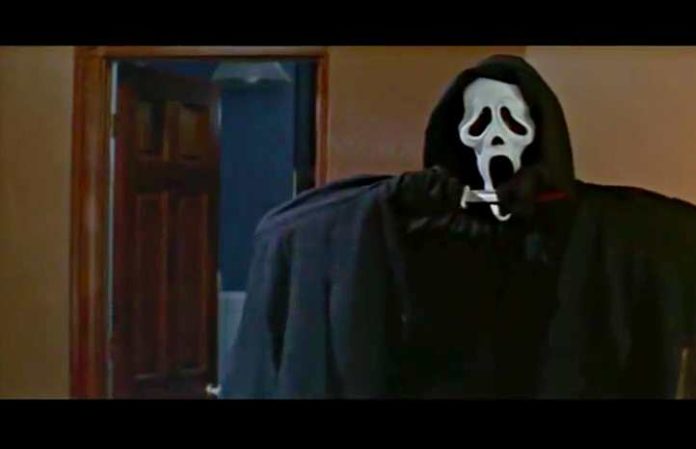 After Halloween, there came a number of irreplaceable movies: Friday The 13th (1980), Prom Night (1980), Evil Dead (1981), A Nightmare On Elm Street (1984)—to name a few. For many of them, the idea was simple: take the oldest and scariest concept from everyone’s youth, the boogeyman, and embody it in a human-like being, attacking teenagers who thought they left the monster under their bed behind years ago.

Throughout the ’80s, A Nightmare On Elm Street, Friday The 13th and Halloween sequels raged on, but they were nothing compared to the originals (come on—anyone remember Halloween III?). Then came the ‘90s. Candyman was good, but, let’s admit it, the 1992 film wasn’t anything groundbreaking. Carpenter, Craven—all those legendary directors seemed to be burnt out from a revolutionary two decades.

But then there was Craven’s Scream.

Scream embraced the onslaught of a fast approaching new millennium. It embraced horror’s tropes. It embraced itself. It didn’t take itself too seriously—it didn’t try to be anything it wasn’t. But Scream was something—it was gracefully self-aware, it was a slasher flick about a bunch of screaming teenagers, but it was, after plenty years of busts, good. Just as good in 2016 as it was when it released on Dec. 20, 1996.

Scream was the slasher the horror genre desperately needed, and, to celebrate its twentieth anniversary, here are 20 reasons why it still rules today.

Never seen Scream? Don’t worry—we’ll let you know potential spoilers before we say them. Read on without risk.

Scream’s first 12 minutes were sent down from the horror movie gods to enrich the genre with everything an opening scene should be, plus some. It even rivals Halloween‘s beginning.

The now-classic piece of dialogue is when the almost comical ghostly voice on the other line asks the blonde beauty what her favorite scary movie is, a question that, unlike other films, shapes Scream’s cognizant presence in a world all too familiar with horror.

To pull off such a legendary opening scene, Craven needed to choose the perfect actress for the role of Casey, and Barrymore was the ideal candidate. Her pristine acting makes the scene’s turn from playful to terrifying all too real.

It was 1974’s Black Christmas that originated the whole “killer’s calling from inside the house” trope, but, damn—over twenty years later, and it was still so scary in that opening scene of Scream.

Okay, last one from the opening scene, but it would be wrong to forget the killer/caller’s spine-tingling “I want to play a game” snarl, said to Barrymore as she sees her boyfriend tied up on the back porch. The line resembles Jigsaw’s iconic question from 2004’s Saw.

That “game,” and the subsequent cat-and-mouse chase around Casey’s house, echoes the killer’s persona throughout the film: ghostface was a playful, movie-loving monster torturing people for what seemed to be the fun of it. A twisted, seemingly motiveless psyche found in many horror movies.

One thing’s for sure: Scream wasn’t afraid to live in the era it was created in—a cinematic snapshot of 1996. From the cellular telephones to Courteney Cox’s bright yellow suit in her character Gale Weathers first scene, the movie happily screams the ‘90s, and it’s so much better because of it.

Scream certainly didn’t lack charismatic characters. Case in point: Lillard offers the standout performance throughout the entirety of the movie. Lillard is sillily sincere, perfectly parodying the high school bro boyfriend. In fact, the actor ad-libbed many of his most known lines as Stu.

Continuing on with Scream’s charismatic characters, Dewey is the dimwitted officer any slasher film needs, saving the day with his boyish charm. He’s literally the worst deputy in the world, but the viewer constantly forgives him because of that unnecessary mustache.

Protagonist Sidney is the quiet complement to her exceptionally outspoken counterparts, wallowing through the movie with an elevated level of sense and understanding, and her horror movie commentary while on the phone with ghostface is awesome.

Scream is refreshing in its awareness for how women have been portrayed in past horror movies. Like Sidney says, it’s often insulting. Scream pushes against that unfair archetype, offering up strong female characters who are determined to separate themselves from those past portrayals.

Placed throughout the movie are quick references to other famous horror movies. Probably the best, when Principal Himbry opened up the door to his office and looked out in the desolate high school hallway, there sat a lonely janitor named Fred, wearing a similar sweater to the villain in Craven’s A Nightmare On Elm Street, Freddy Krueger.

The line that may just get horror movie fans the most in Scream is when Tatum Riley, Sidney’s best friend, says, “You’re starting to sound like some Wes Carpenter flick or something.” Priceless.

Randy is the bonafide horror movie expert throughout the film, and when he stands up at Stu’s party and recites the sacred scripture of slasher movies, called the “rules,” every horror fan can’t help but nod and laugh in agreement.

Scream is funny. It’s scary too, but, oftentimes, it’s funny—like the scene where ghostface creeps behind a drunk Randy shouting at Jamie Lee Curtis to “look behind you!” when he should really be doing the same.

As Randy sits on the couch watching Halloween, the soundtrack integrates throughout Scream’s events, another nod to the genre’s forebearers.

Where did video stores go? There was nothing like running to the horror section in a local Blockbuster and nabbing Friday night’s perfect flick. Netflix just isn’t the same.

**Spoiler alert: Skip the next three if you haven’t seen the movie**

Billy and Sidney do eventually take their relationship to an R rating. It’s super awkward, but it’s integrated well with the rest of the scenes happening at the same time. Plus, it’s not gory, and you can actually get away with watching it when your parents are in the room. More importantly, though, Sidney broke one of the quintessential rules of a slasher: the virgin never survives. But, Scream breaks plenty of the rules with a smirk, adding to its overall satire.

So, twenty years before Scream, the slasher film debuted. But what happened to those kids who grew up watching those brutal films? What’s particularly interesting about Scream is that it attempts to answer that question with its killers.

You see it coming, and then you do see it coming. And then it doesn’t really make sense. But then it does! You saw it all along. Foreshadowed throughout the film, the twist at the end of Scream is nothing short of amazing. Plus, the twist doesn’t ruin the movie after you watch it the first time—knowing the ending actually makes it better.

Three sequels followed the original Scream, and while none of them topped the original, they were definitely not the worst sequels in the world. Instead, they were watchable and continued the story in an interesting manner. The first three movies form the Scream trilogy and were released in a five year period while the fourth instigated a potential revival of the series in 2011, seeing the original cast reunite.

Ever since the slasher horror movie “rules” were set in the late ’70s, the subgenre quickly became cliché, easy to parody and difficult to seriously replicate. Part of Scream’s beauty is its ability to combine both: it’s silly, it’s parodies, but it’s a serious horror, complete with a twisted story to put the cherry on the overall satisfying cake.