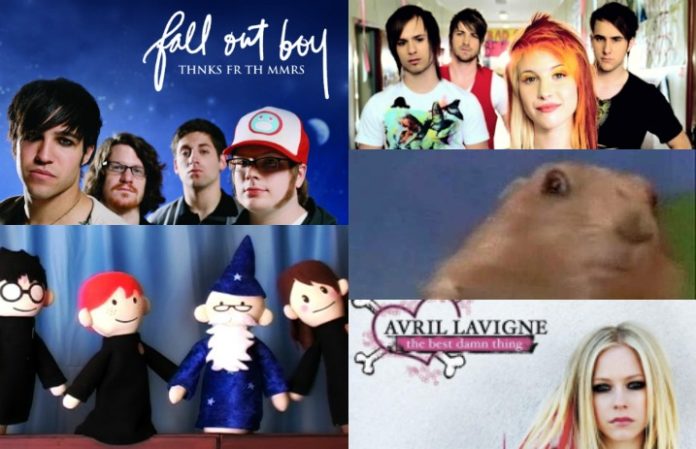 Would you believe that 2007 was ten years ago? Seriously. Since then, we've had three summer Olympics, four Harry Potter movies and, of course, three Paramore albums.

What we're saying is, a lot can go down in ten years. Here are 20 things that we bet you won't believe happened in 2007.

Read more: 10 things that make 2010 seem like a hundred years ago

Where is the Grammy for this iconic song by Tay Zonday? “Chocolate Rain” went viral in an age long before YouTube was the massive platform it is today. Adam Bahner, the man behind the stage name of Tay Zonday, posted plenty more original songs to his channel, but none went quite as viral as “Chocolate Rain.”

Now an Emo Nite staple, this song and the album it comes from, So Wrong, It's Right, are somehow turning ten this year. While we patiently wait on an anniversary tour, make sure not to miss All Time Low on the Young Renegades tour this summer—we bet they'll play some cuts from their 2007 record!

We know what you're thinking—High School Musical TWO? That's right, the sequel came out ten years ago. The original? ELEVEN years ago. We all feel old. (Also, how satisfying was it when Troy and Gabriella finally kissed?)

Fun fact: 2007 was also the year that the final Harry Potter book released, so maybe this video was super timely when it came out? Either way, we're glad this strange video went viral. Anyone else try to recite all the parts at once?

5. On Letting Go by Circa Survive

Circa Survive's stunning sophomore album came out ten years ago! Did you catch them on their anniversary tour?

6.  “Dance Floor Anthem (I Don't Wanna Be In Love)” by Good Charlotte

This second “Anthem” by Good Charlotte comes off their fourth studio album, Good Morning Revival. It also led to an iconic 2008 tour lineup: GC, Boys Like Girls, Metro Station and the Maine, appropriately dubbed the Soundtrack Of Your Summer tour.

Alright, be honest—how many songs do you only know because they were on this amazing game? How about “Through the Fire and Flames” by Dragonforce? Or maybe “Monsters” by Matchbook Romance? It's time to dig your Wii out of storage and give this one another playthrough.

We almost said Soulja Boy was a one-hit wonder, but how could we forget “Kiss Me Thru The Phone”! Regardless, do you still remember the “Crank That” dance?

9. Minutes To Midnight by Linkin Park

This album was a tall order for Linkin Park, who had to live up to the success of both Hybrid Theory and Meteora. We think they did a good job: Singles off this album include “What I've Done,” “Bleed It Out” and “Shadow Of The Day.”

10. Keeping Up with the Kardashians premiere

We cannot believe how long the Kardashians have basically been running pop culture. And Kylie Jenner, the girl who recently caused a fuss with her sister Kendall over some offensive band t-shirts? She was only nine when the show premiered.