It may be 2019, but the events happening around music at the moment are anything but modern. It seems that more and more scene throwbacks are crawling out of the woodwork to join in on the fun. Here are 19 reasons why it’s actually 20ninescene.

1. Gerard Way and Ray Toro working on music together

It’s not My Chemical Romance, but it’s something. Between The Umbrella Academy blowing up and the recent resurgence of Three Cheers For Sweet Revenge hitting 200 million streams on Spotify, it seems that MCR are wanted back more than ever. Gerard Way and Ray Toro are at least giving us some sort of satisfaction with their recent collab of Umbrella Academy track and Simon & Garfunkel classic, “Hazy Shade Of Winter.” The duo also teamed up for another UA cover, “Happy Together,” and Way’s solo single, “Getting Down The Germs.” We can only hope for more collaboration between members or even a full-on reunion (even if it’s not on Warped Tour).

2. Umbrella Academy being so popular

Once an emo-inspired comic book series, the aforementioned Umbrella Academy is now everyone’s latest Netflix obsession. While we all continue to obsess over the show and anxiously await a second season, it can’t be forgotten how well Way’s writing debut was received by MCR and comic fans alike back in the day. The show has made an effect possibly bigger than its inspiration, and we couldn’t be happier.

3. Hayley Williams briefly dyed her hair back to orange

Paramore may be a lot more pop than they are punk nowadays, but Hayley William’s return to her classic hair color sent waves of nostalgia throughout social media and beyond. Even though the band retired “Misery Business” from their live sets, a simple color change has us feeling like it’s the early 2000s again.

4. The Jonas Brothers are back

They’re not the same baby-faced Disney poster children that they once were, but the Jonas Brothers have returned. After respective solo efforts, the brothers came back to release their first music together since 2013, with their last (Disney produced) full-length album dropping way back in 2010. It doesn’t seem like they’ll be slowing down either, as more and more singles seem to creep out of the woodwork.

5. Demi Lovato has been living the scene

Demi Lovato has been waist deep in the 2000s as of late. Whether it’s channeling her inner emo kid via Senses Fail to her recent presentation at Emo Nite LA with Travis Clark of We The Kings, the former Disney darling has continued to pay respect to her teen self. Whether it’s working out or just driving around, she always seems to be spinning the classics.

6. Jeffree Star is working on music

Jeffree Star is continuing his domination of the makeup industry and YouTube, but the “next lady gaga” (as Akon once dubbed him) is also back in the studio. Still awaiting a follow-up to his last full length, 2009’s Beauty Killer, we’ve only heard singles here and there, with the most recent coming in 2013. Plus, he’s appearing at select Warped Tour dates, the traveling punk-rock festival he played in the mid-2000s.

MTV has been on a nostalgia tear as of late, teasing multiple shows with familiar faces such as the Jersey Shore gang (who are a lot more scene themselves than we remember). They also brought back their spring break party, with appearances from aforementioned Shore stars and a few other MTV darlings. Alkaline Trio-loving The Hills, Celebrity Deathmatch and Cribs are also making a comeback. Now, we just need music videos back.

Aside from getting some 2008 exclusives surprisingly dropped on streaming services, the Academy Is… are apparently still withholding an album from fans. Bassist Adam Siska says the unreleased album was much before its time, comparing it to the massive rise of Imagine Dragons. Nonetheless, Siska says even if it isn’t the sound people would expect, he thinks “it would be worth people hearing.”

9. Forever The Sickest Kids and Every Avenue are playing sets

When Warped Tour wrapped up its final cross-country run last summer, a little bit of our childhood died. However, Sad Summer Fest rose out of the ashes to revive our hopes and dreams. Offering a lineup with a great mix of scene classics (Forever The Sickest Kids, Every Avenue) and present favorites (The Maine, State Champs), things are looking up for a scene summer. FTSK and EA’s return are particularly 20ninescene worthy as both bands began teasing and reuniting last year to make an epic return in 2019.

Craig Owens happened to be in the neighborhood when Adventure Club played at the Hollywood Palladium in March. Fans weren’t sure what to expect when Owens’ took the stage, but wonder quickly turned to excitement as he belted Chiodos jam “The Words ‘Best Friend’ Become Redefined.” Reunion incoming? Probably not, but it’s fun to dream.

Read more: 10 things you forgot you used to do on Myspace

Myspace in the news? Yeah, it feels like 2006. Sadly, the headlines weren’t positive ones. After a migration error, the former social media giant lost all uploaded music from 2003 to 2015, including some iconic scene bands’ early work, such as the Devil Wears Prada. Even though we’ve lost a large chunk of internet history, music from 2008 to 2010 was salvaged by some internet heroes.

12. Plain White T’s are still around

It’s hard to say Plain White T’s returned when we’re not sure they ever left. Either way, the band just released a new album in 2018, capped off by a fresh music video in March. They also joined the lineup for Slam Dunk Festival 2019, showing that “Hey There Delilah” is still a banger with a seven-inch release.

13. There For Tomorrow potential reunion

We haven’t heard much from There For Tomorrow since their 2014 split, but drummer Chris Kamrada riled up fans in April with talks of a potential reunion. Although a few of the band members formed a side project, AFTRHR, after the breakup, Kamrada replied that he was “already on it” when asked about an actual TFT reunion. We haven’t seen much since, but fingers are crossed.

Emo-pop darling turned country star Cassadee Pope may be busy collecting awards as a solo artist, but she still takes time to pay tribute to her scene roots. During an April headline date, Pope played Hey Monday classic “Homecoming” after attributing much of her success to her former band.

All walks of life were jamming to Gym Class Heroes back in the day, and while the full lineup won’t be appearing at the Warped 25-year anniversary, Travie McCoy will be making an appearance to blast some GCH classics.

Anberlin are one of the latest classic scenes bands rising from the ashes to make us nostalgic. It’s been years since we’ve had any new music from the band, but they did announce their first cross-country run in five years. Fans are speculating on a possible return to the studio, but for now, we’re satisfied with some live sets.

Read more: 50 iconic alternative album art from the 2000s, from the All-American Rejects to Good Charlotte

17. The All-American Rejects teasing something

The All-American Rejects initially sparked rumors with a cryptic New Year’s tweet. The band have continued teasing fans, and they posted even more teasers yesterday, leaving us waiting for the next chapter in their hopeful 2019 resurgence.

In an update from a trend we were quite positive was dead, flip phones are making a comeback for some reason. While it most likely won’t be the same 12-button setup we are accustomed to, the world is anxious to see how a touchscreen can be incorporated into flip style. For now, we’ll wondering why they thought it was a good idea to resurrect.

Disney Channel is in full resurgence, and Miley Cyrus obviously wanted in on the fun. The pop star donned her classic Hannah Montana look with her old blonde wig, saying that “Hannah is punk now.” The post drew a delighted response from SWMRS, who predicted the punk-rock shakeup in their song “Miley.”

What 20ninescene moment did we miss? Let us know in the comments below! 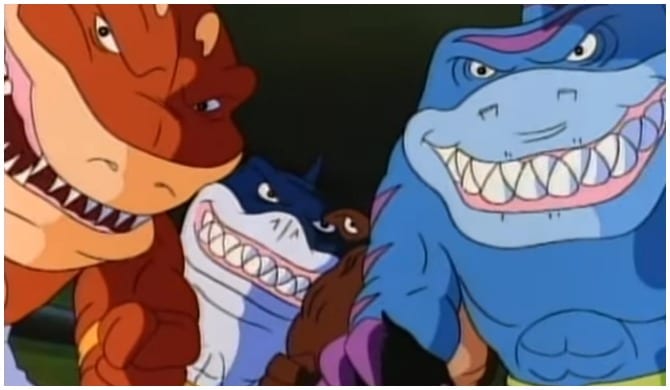