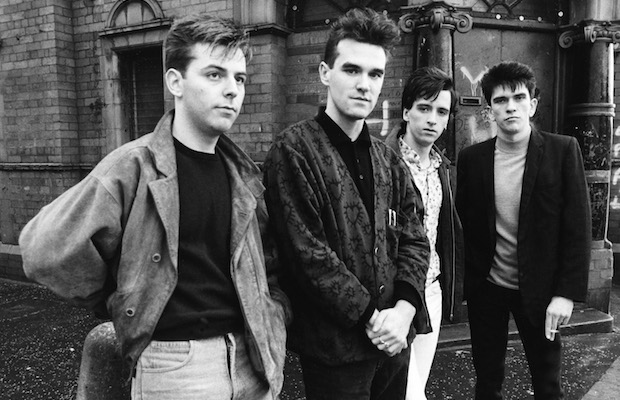 30 years ago today, a young group from Manchester, England, the Smiths, released their self-titled debut album. Unbeknownst to the band at the time, that record, and the three full-lengths that would follow throughout the Smiths’ short five-year existence, would go on to influence an entire generation of bands, amass a cult following, and would even contribute in no small way to the founding of this very magazine.

Since their split in 1987, the Smiths’ reputation has only grown, helped, of course, by the successful solo career of former frontman—and former AP cover star—Morrissey (whose upcoming U.S. tour goes on sale tomorrow), and bolstered by an ever-growing crop of young bands paying tribute.

Though The Smiths’ influence is immeasurable, and can be found in sound, dress, lyrical references, musical themes, pop culture and even in band names, one easy way for many artists to honor the group’s legacy is by covering their music.

Whether you’re a longtime fan or just discovering the Smiths, we hope you can appreciate these covers and re-imaginings of Smiths and Morrissey tunes from some of our favorite AP bands.

Arcade Fire went on quite a Smiths kick in 2007, incorporating a live cover of “Still Ill” into many of their shows, especially those in the Smiths’ native U.K. They’ve unfortunately phased it out of their performances in recent years.

Braid took on not one but two Smiths covers on 2000’s rarities compilation Movie Music, Vol. 2. Performed in Braid’s signature emo-rock style, this pair of tracks stands as a testament to the thematic strength of the Smiths’ songwriting, and is able to resonate just as effectively no matter the arrangement.

Included as a bonus track on the 2002 reissue of early Death Cab demo You Can Play These Songs With Chords, this cover is a surprisingly heavy snapshot of the early days of the band, held together by Ben Gibbard’s impassioned vocal delivery.

Who played it better? Death Cab For Cutie or Braid?