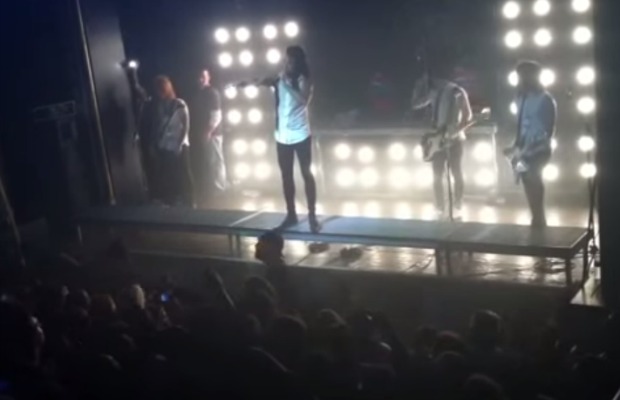 Every musician will have to deal with a heckler at some point in their career. Most artists will have some sort of altercation with security. And some will get into spats with other musicians, to the point of warranting a glorious onstage call-out. Whatever the cause, you know you’re in for a wild night when the singer says, “Hold up, cut the music! All right, everyone, listen up!” It's usually followed by finger pointing and something like “This motherfucker right here!” or “Don't ever punch my fans!” Some are more clever than others, and some eventually turn violent. Here are 24 awesome cases of musicians calling out security, fans and other musicians onstage.

A Day To Remember call out security

Black Veil Brides call out a hater in the crowd

Black Veil Brides call out a hater at Warped Tour

Ronnie Radke calls out a hater at a show

Ronnie Radke calls out hater with a sign at Warped Tour

Gerard Way: Come at me, bro

Danzig asks the crowd to punch a guy filming

Queens Of The Stone Age throw a fan offstage