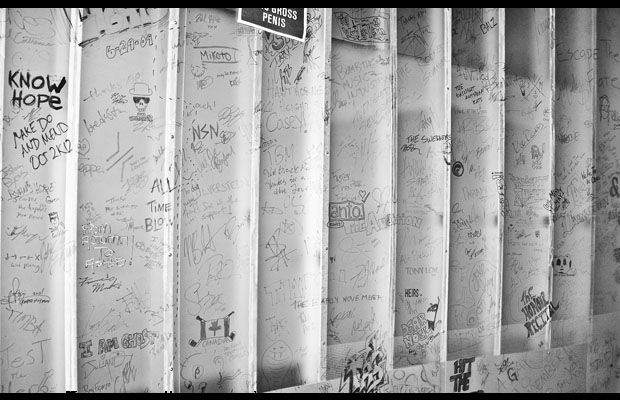 As if you didn’t already suspect as much, working at AP isn’t like a normal job. We frequently have rockers of all shapes, sizes, genders and genres wandering our halls, and with a few well-placed Sharpie depositories, we encourage them to graffiti up our walls. Here is just a small portion of what we have to look at every day, from the good to the bad to the very, very ugly (and phallic).

The Cold War as depicted through penises