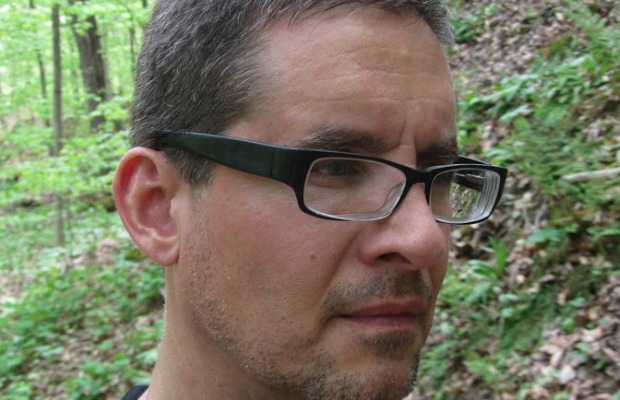 In the mid-1990s, an idea began making the rounds among the journalist set: This new computer thing called the internet was going to be big.

Many—if not most—established print-media behemoths resisted the ’net for a decade, to their detriment. A few forward thinkers at established periodicals embraced the idea. Alternative Press founder Mike Shea returned from 1997’s South by Southwest festival with a fresh subscription—to the notion the digital world was an important part of the future. He tasked AP’s then Editor in Chief Joe Banks to get the magazine on that internet thing.

Banks was a natural choice. He was an early adopter, AP’s first digital settler. The workaholic’s string of late nights in the office ran from 1989 to 1997, enveloping the alternative-rock era. At first, he phased out the magazine’s editorial coverage from ’80s dance acts, and held the door open for seminal alt-bands like Pixies. Soon, under his command, a squad of ace writers were turning in influential features about marquee groups like the Smashing Pumpkins and Beastie Boys. Even underground icon Ian MacKaye turned to Banks for advice. And Banks’ final lasting contribution to the magazine was the very website you’re reading.

“Joe Banks really helped create the voice that would come to be associated with AP and still is,” Shea once recalled. “That group of writers, it was like the Algonquin Roundtable. It was the Pitchfork of the time.”

What did you see as your mission for the job?
I helped writers get the best story they could and worked to organize the hell out of the magazine's editorial process—that was my niche. The best part was working with all of the writers who shared that inspiration—the fan worship of the musicians blasting onstage or through the office speakers. I had no career aspirations when I found out that AP was hiring in 1989—I learned being an editor on the job, with an ignorant, blissed-out, youthful determination, and through working with the staff, the photographers, the writers who brought something significant to the job, that helped AP last this long. Be part psychologist if necessary, inspire the writers, then get out their way.

The AP bullpen of writers was infamous. What are some scenes you recall from the time?
The smell of ink on back-issue newsprint is still a time-capsule mnemonic device recalling flashes of all-nighters, working your ass off for a belief in music—even at the expense of your own life. Driving to some show with Pettigrew driving as we listen to [British ’80s noise-rock band] World Domination Enterprises—one fleeting moment. Then there's another of a heated argument with him years later, over some crappy band that ended up in the magazine because crap-band's manager paid for writer Eric Gladstone to fly out to Los Angeles to interview them. [We took] their money with the real intention to get Eric out there for a second in-person with the Beastie Boys for their cover story.

What are some of your memories of dealing with the artists?
Al Jourgensen [told] me during one Ministry tour stop that I should take the drugs they do so I could see the things they see. That just makes my head hurt. More pleasant is often greeting former promoter Derek Hess at the door at the Euclid Tavern for hundreds of shows I should have written down in a long list. Or talking to Ian MacKaye, who called up for advice. Yeah, that's my favorite; it's not a crazy encounter but it's one that sticks.

What did he need?
Ian called because he wanted to know about whether or not Fugazi should play the Nautica [outdoor venue in Cleveland]. He was concerned about appearances, and/or about how the promoters handled their business.

How did you become aware of the internet?
Mike came back from SXSW…. I was on the internet with AOL, then paid for an ISDN line, so the speeds were tolerable for the time: two bonded 64kbps lines to make a whopping 128 kbps. You could go outside AOL with your Netscape browser! Newsgroups were already around, mostly pictures and small music files, as long as you had the patience to wait for the download between TV commercials.

What made you think there was a future in online?
Some essence of a new freedom. Easy distribution of information. Imagine reading about music while you listened to it! Even if you could just post short clips next to the reviews.

What was the original vision of the website?
I had a vision of archiving everything we had ever done. We still had all the magazine backups on disk since who knows when. The site would contain all past AP reviews, news, features. Comments, too! Add RealAudio clips, and damn we would have been ahead of the curve. I even drew up a contract all our writers we used regularly to allow us to publish all their old work on the new website. It was determined that there really was no budget to commission a website's development [on that scale]. [AP staffer] Shane Ivy—a programmer in college—and I put up a five-page site with a “flaming icon” homepage, a contact form, and maybe a subscription form. I think a couple more informational pages about back issues.

In the early years, who visited the website?
That was past me. I didn't really see the fruits of the five pages that got put up right before I left. I left for [website] Cleveland Live shortly after the site was launched, where it was web for web's sake. Throw as much content up and see what sticks. Trolling long before trolling was a word.

Do you still follow AP?
Now, in musical dog years, I'm Old Man Banks, glad the kids are listening to vinyl again, so they have less money to spend on drugs. But please get off my lawn…. Now the internet can tell the stories of music in so many formats. World Domination Enterprises may have once simply been lost in a record collector's stacks, a few paragraphs in a collector's rag. But now you can simply Google them for instant results with full audio and half-decently written ruminations. The kids have it easy these days—there I go again. But there's still a need for curation to wade through data overload. alt