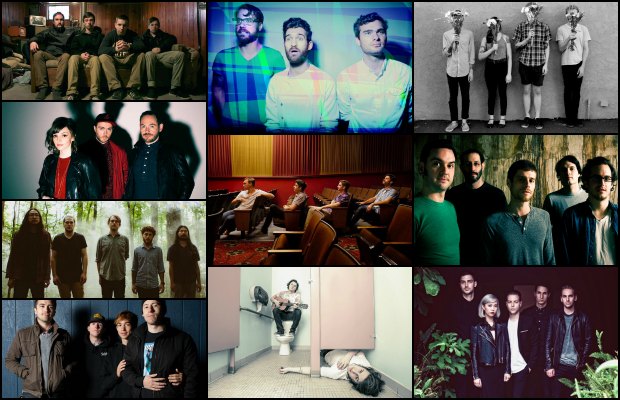 We’re gonna pull back the curtain for a second: The original title of this list was going to be, “39 Bands You Didn’t Realize AP Covered This Year (Because You Were Too Busy Bitching About Ronnie Radke And Kellin Quinn To Notice).” See, the AP editorial staff slaves over every single issue of our print/digital edition well into the wee hours of the night virtually every single workday of any given month. While we’re extremely proud of our end result, it’s a bit disheartening when all the hard work we put into something is overshadowed by semi-anonymous, unreasonably entitled carbon-based lifeforms on the internet telling us we should “stop sucking [insert cover star]’s cock” simply because you don’t like them and it’s really, really important that the internet (or at least your Facebook friends) know what you think about Falling In Reverse and Sleeping With Sirens.

But instead of focusing on the negative, we want to take this time to revisit a small portion of the up-and-coming artists we featured in our monthly “AP Recommends” section throughout 2013. From the U.K.’s new hotness to the “emo revival” to plain ol’ killer punk rock, the AP Recommends section is where you’re bound to find your next favorite band—so if you’ve slacked on reading the magazine this year, consider this list your cheat sheet to the new noise. The best part? Every single one of these bands put out a new album this year.

A GREAT BIG PILE OF LEAVES (featured in AP 303)
YOU LIKE? YOU’LL LIKE: The Dismemberment Plan, Minus The Bear, Hellogoodbye

THE COMPUTERS (featured in AP 299)
YOU LIKE? YOU’LL LIKE: Rocket From The Crypt, the Jim Jones Revue, Jack White