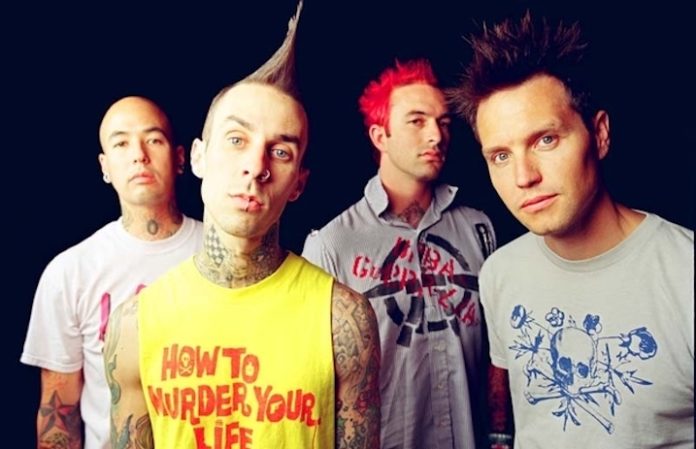 Back in 2005, the unthinkable happened: The members of Blink-182 went their separate ways and left us with as many questions as there were cloudy expectations. Their self-titled album was their most mature and experimental work, and the evolution from teen angst-ridden pop punk and dick jokes was a shock, but it was welcomed with open arms because it showed Mark Hoppus, Tom DeLonge and Travis Barker were growing up, too. So, what happened?

On the ensuing tours in promotion of the self-titled album, there were rumors of turbulent times in the Blink camp due to creative differences, which finally came to a head in February 2005. In the months after, various stories emerged from the tour. The band we once knew had found the discourse too much to handle and declared themselves on an indefinite “hiatus.” Fast forward to 2006, and we find ourselves with two new beginnings from the wreckage of Blink-182: DeLonge gave us Angels & Airwaves, while Hoppus and Barker nurtured themselves with +44, a project that had been admittedly in the works since their time in Europe on the instigating tour.

Both projects felt like branches from the Earth of the self-titled album. Angels & Airwaves went in the direction filled with grandiosity and promise (though their first attempt was a mild failure), while +44—after a year of processing and using their creativity as a medium for the confusion and anger—came out with what could’ve been Blink-182’s greatest album.

To date, their only output, When Your Heart Stops Beating, is so heart-achingly open and filled with an honesty that, to a point, it may feel overexposed. But that's the point. This album came at a time when both Barker and Hoppus found the world they forged with their best friend crumbling away. It was both a chance to start fresh and to truly analyze everything that had gone wrong, both personally and professionally.

The darkness throughout WYHSB is omnipresent; it comes at you both lyrically and musically. The use of electronic elements adds a mechanical feeling, and with the distorted guitars falling away to far more natural-sounding ones, it’s hard not to grab a magnifying glass and over-analyze that as their way of staying away from the sound they would’ve expected DeLonge to bring forth.

So, what makes this dark delving into the minds of Hoppus and Barker one of the greatest albums that Blink could’ve released? Well, firstly, off the back of the maturity found in the self-titled album—which was still setting Blink as voices for the romantic and disenfranchised—it was clear they were growing up. There was almost a yearning to accept that they were men now, and there was a feeling that their lives should now incorporate that and not who they were  10 or 20 years ago.

WYHSB feels like where that natural progression would’ve gone. Had it not been for the straw that broke the camel’s back with DeLonge leaving, it may have been different, but the addition of their own lives, rather than ones they were trying to portray, gave it a new level of relatability—something Blink-182 has always accomplished.

Secondly, it’s the variation in delivery. Of course, there’s urgency—fast-paced, with a matured tinge. The album begins with “Lycanthrope,” a perfectly described take on the phenomenon that alludes to werewolf symptoms. It hits with such immediacy that makes you feel +44 wanted you to know they were here. Yet, there’s also subtlety and deeply morose feelings. The desolate sounds and crunching bass melding with frantic drums on “Weatherman” feel behemoth in size, while “Baby Come On” acts as a hollow viaduct between the aforementioned opener and the following titular track.

Of all the songs that make up WYHSB, “No, It Isn’t,” unlike what its title infers, is actually the one track that is completely about the dissolution. The brutality of lyrics such as “Please understand/This isn’t just goodbye/This is I can’t stand you” show Hoppus relished this opportunity to have his say on the whole drama. While DeLonge was serving the music tabloids with sensationalist commentary on why they disbanded, Hoppus and Barker were tucked away, forming tracks that contain such volition and target, it’s hard to not feel a sting of pain for DeLonge.

On WYHSB, the melodies are all there, with each track serving its own unique hook. Chances are, after one listen you’ll attach yourself to a different track for a variety of reasons, and each one had a key lyric that just jumped out at you. A single second wasn’t wasted because both Hoppus and Barker knew this project was their healing and their therapy.

In a post-+44 world, the one where the original Blink-182 reunited for an album and EP, feeling like they were arching from the back of WYHSB, the reality we’d found was moderately short-lived. Neighborhoods held far more layers than any actual Blink release before it; lyric websites are rife with fans dissecting the words to incorporate the messy tale of their hiatus, such as “Wishing Well” with the lines “Did I say it too loud? A bit hard, or a little mis-leading” interpreted as referring to the Angels & Airwaves hype DeLonge found himself in the throes of.

As for when DeLonge left again? Well, California, while being a tried-and-true Blink-182 album, felt like it floundered under the weight of what had been. How do you recover from being left by your best friend twice? You revert to the times that were great. And that’s what WYHSB didn’t do: It was a new chapter dealing with a messy old one in a way that felt familiar, while still holding its ground for evolution.