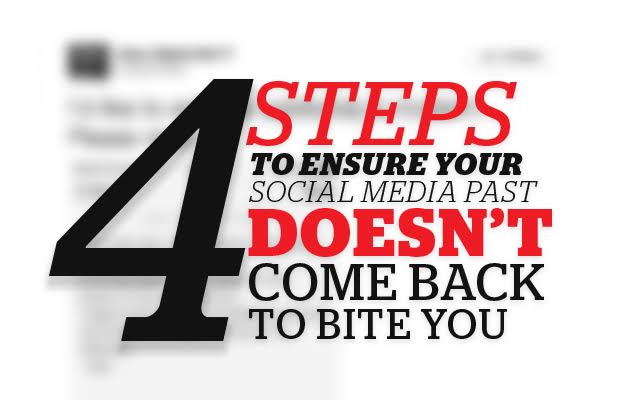 A few weeks ago, a tweet by PVRIS guitarist Alex Babinski was discovered. It’s hard to establish who first dug up the tweet from 2011, but as it often goes on the Internet, there it was—retweeted, quoted, and passed around as screenshot, begging for an answer from the author, now four years older. And an answer he gave. AP reached out for comment, but before PVRIS’ publicist could reply, Babinski tweeted an apology to those offended by the tweet, stating that he had paraphrased a comedian’s tasteless joke and that it doesn’t reflect his beliefs or character. He removed the tweet in question and moved on.

As much as we love to complain about social media ruining our lives, relationships, and faith in humanity, we love to tweet our grievances about these things even more. Twitter is the world’s sounding board for social, economical and political commentary—as well as a great place to meet people who think or feel the way you do. Some people make jokes, others launch epic tirades in series of tweets, while the rest of us fav, reply, and retweet these thoughts to our own followers, spreading sentiments far and wide.

We really should give this sort of thing a second thought.

As young adults, we should all be aware of our youth and the experiences that help us grow as people. Life teaches lessons. So the more we live, the more we learn. Unfortunately, the footprints we leave behind in our younger, less-informed days remain behind, seemingly forgotten in our timelines. We hear about this in job training courses and in “we-need-to-talks” from our parents. “Watch what you say online, because anyone can read it!” Adult figures in your life drone on about the consequences you could face by using inappropriate language or sharing obscene images online, but why listen to them? They don’t have Twitter. They barely have 20 friends on Facebook for goodness sake. Spare us the lecture, right?

So, if you’re looking for examples from a more relatable crowd, look at Alex Babinski. Look at Trevor Noah, the young comedian who is taking over The Daily Show when Jon Stewart leaves. Take these people into consideration. They’ve met the consequences head on and owned up to them, but you can certainly bet they’re more wary in hindsight.

Your past is your past! If you stand by being what you tweeted in high school, more power to you. You live a more sure life than I. My high school days were cataloged well on Twitter and Facebook and features like Twitter’s search tools have certainly made perusing that portion of my life easy to do. The thing is, I don’t want that. I’ve changed quite a bit since graduating. I’ve had a few jobs, met a few people and altered my perspective on most of the issues I debated during lunch period with my friends. Knowing this, I have no desire for anyone to identify me with anything I said on just about anything from 2009–2012. As such, I’ve been cleaning.

Using Twitter’s advanced search, I’ve been able to track down a number of tweets I consider offensive by my standards today. Keywords help me locate and eliminate anything I deem insensitive, demeaning, or inappropriate for my current audience. I’m doing this because I realize that people grow, but in this state of technology and information sharing, context is easily lost, leaving you to defend yourself for things you no longer believe. Here are some steps if you so choose to cleanse your timeline.

Decide what you stand for and own what you’ve done.

Nobody knows me better than myself. With that in mind, I take responsibility for what I say and what I’ve said. I’ve shown my ignorance many times in my days online. I’ve used homophobic slurs, I’ve spoken in haste about things I did not understand; and I’ve offended people for believing in things that I did not. Simply put, I was a close-minded person that I’m certainly not proud of today. I admit to that and I’ve apologized to many I’ve offended with my ignorance. In order to be a better person, I need to distance myself from that era of my life.

Fag, slut, douche, fuck, gay, homo, bitch, asshole, retarded. Pin down the hate and press your finger firmly down on the delete key. That stuff isn’t okay. If you feel strongly enough to use those terms on a public forum, there is probably a much better way to convey your feelings. Stop, think about it, and then explain yourself in a more thoughtful and inoffensive way. Stick by your morals, but do so intelligently and with tact. Doing so will earn you more respect from your peers and perhaps spark a conversation that will prove constructive. Whereas, your hasty words of hate would have surely been destructive. You should set the tone.

Does it make you cringe? Delete it. Does it single out a group or individual and demean or attack them without just cause? Delete it. It was important for me to define the lines I wouldn’t want to cross today and apply them retroactively. Be harsh about it. Put yourself in the shoes of the person(s) you targeted. If you feel bad about it, excise it.

Stand by your edits.

We are all human and as such, we make mistakes. Deleting tweets isn’t a cowardly thing to do; it’s a matter of progress. It isn’t natural that so much of our lives be documented publicly in this way. Use this as an opportunity to revisit your past self and say goodbye for good. In the end, you’ll have a better web presence all around.

There are other ways to prevent people from digging up muck from your past. You could make your account private on Twitter, but that’s not good for your brand or engagement. Then, of course, you could just not tweet at all, which wouldn’t be a bad thing, but you have things to say, don’t you? The best method of self-censorship is to simply think before you tweet. Take a second after you draft those 140 characters and consider the worth of what you’re sharing. What you said can—and will be—read by someone. That someone could be a friend, family member, or future child. Don’t be the Donald Trump of your friend group; use some forethought.

In the event something of yours is found and called out. Be honest with yourself and your accusers. If you're wrong, admit to it. It's the most honorable thing you can do. If you've unintentionally offended someone, it's only right to apologize and make things right. I applaud Alex Babinski for owning up to his mistake and removing the joke swiftly and with class.

Twitter is a great place. It’s fun to meet and interact with people from all walks of life. Without it, I would have never got my start in the music business or established many of the relationships I hold dearest. Use social media to your advantage and realize the reach and impact you can have by hitting “publish.” Stay true and stay respectful. You never know who will be reading what you say.