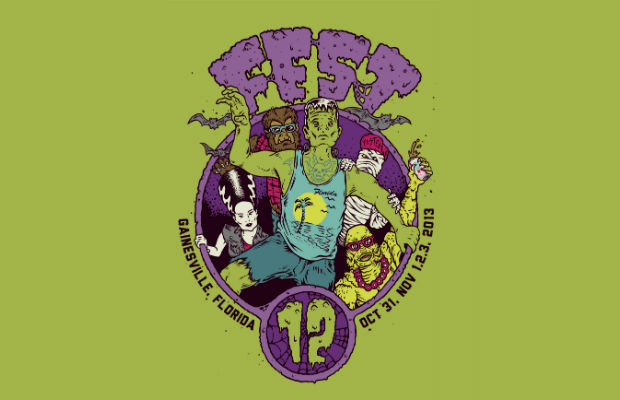 While Alternative Press has been a proud sponsor of THE FEST in Gainesville, Florida, since 2008, this editor has been attending the event annually since the Fest 4, way back in 2005 (and has the Stressface tattoo to prove it). The Fest is an experience that’s often imitated, but never duplicated: It’s easy for first-timers to feel overwhelmed and burn themselves out too quick, especially this year, seeing as how for the first time in Fest history, the Fest 12 is four days long. So take it from me: If you want to have a successful Fest and not feel like absolute death come Monday morning, do the following things:

EAT. Beer alone is not a sustainable diet. Eat carbs, ideally at somewhere where you can sit down for a half-hour and rest your feet at the same time. Your body will thank you.

DRINK. Water, preferably. Just because people talk about Fest as this paradise where PBR flows through the streets doesn't mean you need to be drunk to enjoy it. I've gone to Fest every year since 2005 and didn't even have a single drink at one until 2008, and I’ve never been legitimately drunk at Fest. Not only were those first few years just as memorable as more recent Fests, I can actually remember them.

SLEEP. At least six hours a night. There's always a good 10 to 12 hours from when the previous night ends to when the next day officially begins, so use that time wisely to recharge (after you party a little bit).

IGNORE YOUR SCHEDULE. There are something like 400 bands playing Fest this year. It should go without saying that you're never going to see all the bands you want to see, so don't kill yourself trying. Pick two or three must-sees per day, but beyond that, just go where Fest takes you. I used to agonize over my schedule at earlier Fests, but now I value spending time with friends I only see once a year at this event. Seeing a great band is always a bonus, but it shouldn't be your only goal.

POW(D)ER UP. Fest is in the middle of a goddamn swamp, climate-wise. You're gonna chafe. Protect yourself.